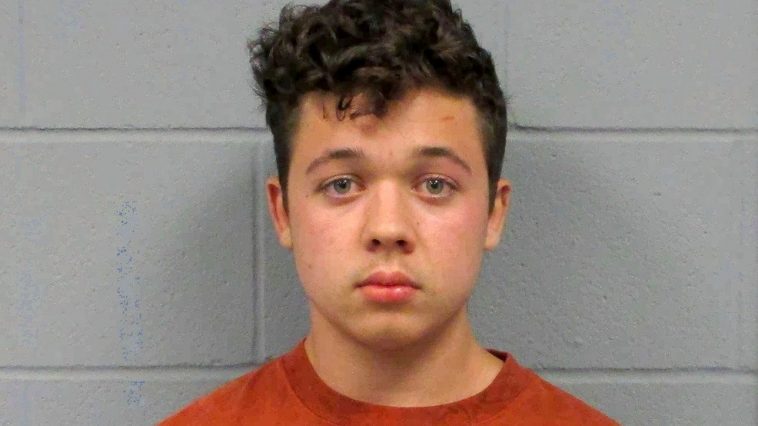 The feckless Wisconsin prosecutors who are claiming that Kyle Rittenhouse murdered two men and wounded a third started the first day hearing from witnesses by figuratively shooting themselves in the foot. Testimony from the three witnesses–an FBI agent, Richie McGinniss and Ryan Balch–clearly helped defendant Rittenhouse, who insists he acted in self-defense.

Richie McGinniss, a reporter for the Daily Caller, was the first on the stand today:

McGinniss, who was running behind Joseph Rosenbaum when Kyle Rittenhouse shot Rosenbaum, testified in court on Nov. 4, 2021, that Rosenbaum “lunged” for Rittenhouse’s gun and “threw his momentum toward the weapon,” bolstering the defendant’s self-defense argument and blowing a major hole in the state’s case.

“It was very clear to me that he (Rosenbaum) was reaching specifically for the weapon because that’s where his hands went,” McGinniss testified. He then stood up in the courtroom, putting both of his hands out, and demonstrated the lunge. He said Rosenbaum was in an “athletic position” as if he was “running as fast as he could.” The rifle was aimed lower than Rosenbaum’s hands, which were also going lower. Rittenhouse “dodged around it,” and then leveled the weapon and fired, he testified.

“It appeared he was lunging for the front portion of the weapon,” McGinniss said, adding that Rosenbaum yelled f*** you, sounding “very angry.”

Two important points–Rittenhouse was not pointing the rifle at Rosenbaum until Rosenbaum “lunged” at the kid and tried to grab the AR-15. Prosecutors tried desperately to get McGinniss to blame Rittenhouse, but the Daily Caller video editor held firm. What in the hell were the prosecutors thinking by putting McGinniss on the stand? I am sure they had deposed him and knew what he would say. McGinniss’ testimony creates an enormous amount of reasonable doubt on behalf of Kyle Rittenhouse.

Have you heard the aphorism, “When you’re in a hole, stop digging?” Well, the prosecutors kept digging. Next up, Ryan Balch:

Ryan Balch, who was at the chaotic protest in Kenosha, Wisconsin with Rittenhouse last year, told prosecutors they had a dust up with Joseph Rosenbaum, 36, after spotting him allegedly trying to light a fire.

“Rosenbaum was right there in front of my face,” Balch testified on the second day of Rittenhouse’s homicide trial. “He said, ‘If I catch you guys alone tonight I’m gonna f–king kill you.’”

“He threatened me and the defendant,” Balch said.

Rosenbaum’s threat to “f–king kill you” constitutes assault and certainly buttresses Rittenhouse’s claim that he felt his life was threatened.

Before McGinniss and Balch got on the stand, the defense learned that the FBI (the corrupt as hell FBI) and the prosecutors had been hiding exculpatory video from the defense. According to PJ Media:

For more than a year, prosecutors in the Kyle Rittenhouse case have possessed FBI spy video footage taken by a fixed wing plane flying above the Kenosha riots. Kyle Rittenhouse’s defense attorneys say they only learned of its existence recently. On Tuesday, the public finally got a look at it.

It’s pretty clear why the prosecution was playing hide-the-ball with the evidence and why Rittenhouse’s defense attorneys were the first to show it in court.

Over prosecutorial objections, Judge Bruce Schroeder allowed Rittenhouse’s attorneys to use their opening statement to show photos, videos, and, yes, the FBI’s FLIR thermal images of the first of three shootings the night of August 25, 2020. It was an unusual move and one you’ll see more defense attorneys replicate in the future.

The thermal technology video answers more than a few questions about who started what on the night of August 25, 2020. The FBI’s video conflicts with a story line prosecutors told jurors earlier in the day in opening statements.

This is just one more piece of evidence exposing the FBI has a thoroughly corrupt, untrustworthy outfit masquerading as a law enforcement unit. Given what has transpired with the FBI witness and McGinniss and Balch, you would think that the defense was being allowed to put on its case first. Nope, the prosecutors are blowing up their own case. Keep Kyle and his family in your prayers.