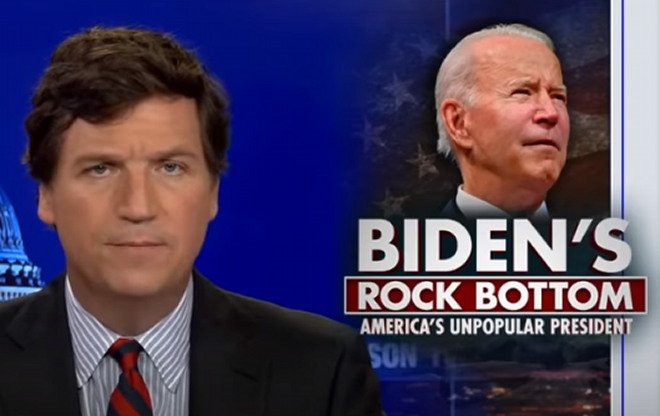 During a recent monologue on his show, Tucker Carlson suggested that Biden’s poll numbers are collapsing mainly because the standard of living in America is going down rapidly on his watch.

He pointed out that Americans are very forgiving but not on this particular point.

He also wondered how the country can take this for another three years.

It is hard to have a lot of faith and political polling obviously, especially after the last couple of presidential elections. The polls weren’t just wrong, they were insane. They told us things like Hillary Clinton could take Texas and Joe Biden is a lock to win Florida.

In the end, those predictions had no relationship to observable reality. But that doesn’t mean that all polling is worthless. Actually, as a relative measure over time, polls can provide a lot of historical context.

So, Joe Biden’s polls are in the toilet right now, everyone knows that. The question is why? You will hear a lot of people will say it was Afghanistan, the true debacle that Biden oversaw in Afghanistan. The question is that really it? Is a foreign policy disaster enough to knock a president off his game in his first year in office? Here are some comparisons.

Gerald Ford’s approval ratings after the fall of Saigon are worth looking at. The fall of Saigon was the most humiliating moment in this country’s history up until that time. The entire world watched as Americans ran from a peasant army. Civilians dangled from helicopters taking off from the roof of the U.S. embassy in Saigon. It was a catastrophe. One that became an enduring symbol of the incompetence of our foreign policy establishment. The U.S. had spent more than a decade in Vietnam, lost close to 60,000 men, and after all that we ran away.

And yet, in the days after the fall of Saigon, Gerald Ford’s poll numbers, as measured by Gallup, actually went up. His approval rating increased from 39 to 40%. A month later, by the end of May 1975, Ford’s approval rating surged to 51%.

President Gerald Ford oversaw an international embarrassment, but Americans gave him a pass. They weren’t done with him just yet.

This is why Tucker has the top rated show on cable news. 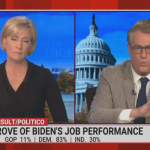 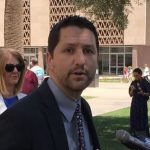