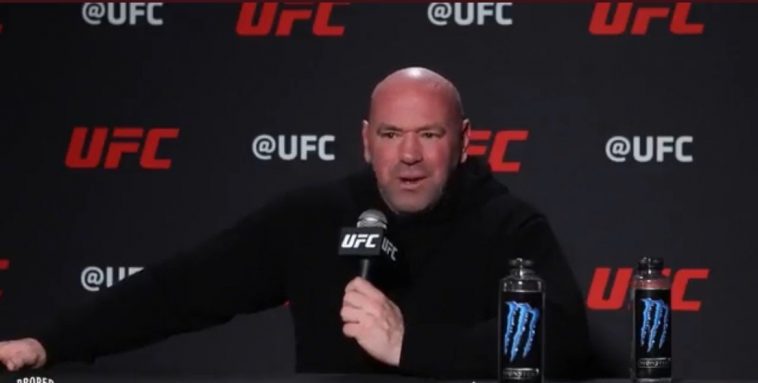 As always, Dana White didn’t hold back and went off about the denial of monoclonal antibodies and early treatment for Covid.

Highly popular podcaster Joe Rogan recently told his audience of tens of millions of listeners that he kicked Covid within 48 hours by taking Ivermectin, monoclonal antibodies and a vitamin drip.

What really made the Marxists go into overdrive however was Rogan’s December 31 episode featuring Dr. Malone, the inventor of the mRNA and DNA vaccines.

Dr. Malone was recently banned from Twitter for speaking the truth about the dangers of the Covid vaccine so the Marxists are now after Rogan’s podcast.

When asked about Joe Rogan, a former UFC commentator, Dana White went off on doctors who won’t prescribe Ivermectin and monoclonal antibodies for Covid patients.

“It’s disgusting…it’s one of the craziest things that I have ever witnessed in my life,” White said of the denial of effective treatments for Covid patients.