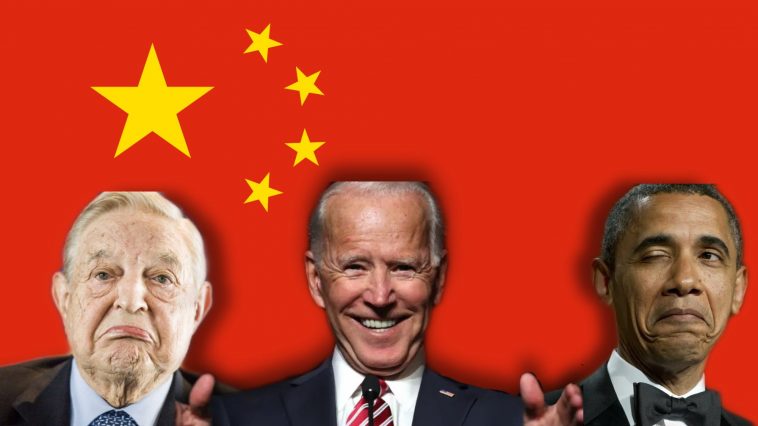 A shocking report by Axios revealed that over the summer the Federal Elections Commission (FEC) quietly voted to allow foreign donors – including individuals, companies, or GOVERNMENTS – to fund committees that handle local US ballot initiatives. The unbelievable decision also paves the way for any well-funded foreigner to influence key referenda such as congressional redistricting.

Prior to Axios’ report earlier this week, the July ruling had been mostly unknown to the public and even to most lawmakers.

The commission passed the decision with a 4-2 vote to dismiss a 2018 complaint about foreign money spent on a Montana ballot initiative, citing a bogus ‘technicality’ to get around US laws that prevent foreign nationals from influencing our elections. According to them, ballot measures arent ‘technically’ elections, so the traditional election financing laws do not apply.

The decision only applies to federal law. Now, individual states must specifically outlaw foreign funding through their legislature to protect the sovereignty of their elections.

As of now, there are only 7 states that have done so.

After finding out about the ruling in the press like the rest of the public, Rep. Mike Gallagher (R-WI) slammed the agency’s bewildering decision, calling it nothing short of “shortsighted and dangerous.” He points out that there are no guardrails at all that would prevent hostile enemies of the US from gaining a foothold in important state-level measures, and. guarantees that adversaries like communist china are “going to take advantage” of this loophole.

“In America, it is illegal for foreign entities to donate to American politicians or campaigns. That is for good reason: you don’t want a foreign country meddling in our political process. For example, you don’t want the Chinese Communist party throwing a bunch of cash around trying to influence US political outcomes, which they’re already doing by hiring former US Senators [and] former Members of the House to lobby on behalf of their state directed companies.

The FEC is further opening the floodgates to foreign money to come into our political process by making it legal for foreign money to fund ballot referenda, which may include things like congressional redistricting.

This is shortsighted and dangerous. if you open this little crack, I can guarantee you that the Chinese Communist Party will take advantage of it.

This is crazy and should be illegal, but I digress because we are actually going beyond that.”

Rep. Gallagher called on the FEC to immediately reverse their decision, but, since they are unlikely to do so, he also implored every state to pass their own laws that would ban foreign donors from contributing to any part of our elections.

“We do not want foreign money flooding into our political system, so the FEC should reverse this decision. But failing that we need states to outlaw.

The last thing we need is to allow foreign adversaries like China or Russia an opportunity to throw a bunch of money into our political process and further corrupt career politicians who are just looking for an easy buck.”

Even the leftist hacks at MSNBC characterized the ruling as “terrifying” and “jaw-dropping.”

These swamp creatures at the FEC are the same partisan crooks who ignored and buried overwhelming evidence of fraud to deem the 2020 election the most “secure election in history.” Now, they’ve officially greenlighted the sale of American interests to the highest bidder.