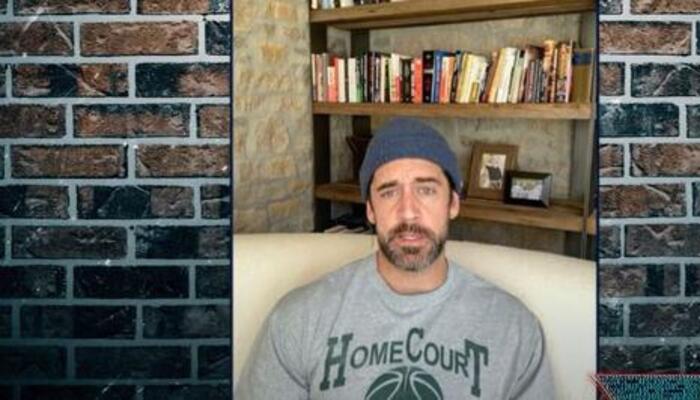 Green Bay Packers QB Aaron Rodgers has suddenly become one of the great villains in pro sports. He caught the covid this week and it turns out he never got vaccinated. Thus, sneering sports mandarins like Nancy Armour cast him out into the darkness as “anti-science.”

It won’t help that Rodgers isn’t contrite. In fact, he’s fighting back. Appearing on the Pat McAfee Show, the sidelined (for the week) superstar said, “I realize I’m in the crosshairs of the woke mob right now,” and he wanted to address some of the issues about him and the vaccine, “before my final nail gets put in my cancel culture casket.”

Sounds like a guy who knows exactly what’s going on. He called the hysteria around athletes’ reluctance to get vaccinated “a witch hunt..” He also pointed out that “Every member of the left” was anti-vaccine until Joe Biden took office. And he’s right. There are plenty of examples o

f lefties expressing reluctance to take any drug developed during the Trump Administration. “Shouldn’t this give you a little bit of pause and say hold on, isn’t this about health?” he asked.

“I’m not an anti-vax, flat-earther,” he said, explaining that he had allergies to two of the available shots. He said the entire Packers organization knew his status, and he suspects he caught the disease from a vaccinated player.

But it won’t matter. Like he said, he’s in the crosshairs.