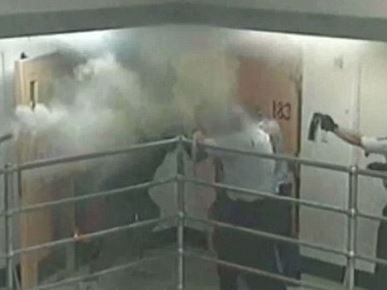 They were denied entry at first by the prison staff.

Several American citizens are being held in DC Gitmo for participating in the Jan. 6 protests at the US Capitol — where four Trump supporters lost their lives, one being shot in cold blood.
These prisoners are denied their God-given rights under the US Constitution and are beaten, abused, and placed in isolation for their political beliefs — in America.

On Friday popular Rep. Marjorie Taylor Greene (R-GA) joined Steve Bannon on The War Room. During their discussion, MTG told Steve that several inmates were reportedly pepper-sprayed and abused by prison officials recently. The assault was over masks worn at the prison.

There are reports that inmates were removed from the facility on stretchers. On Saturday The Epoch Times posted more on the abused Jan. 6 prisoners.

According to court filings, the abused political prisoners were removed from the DC prison on stretchers after the assault by the guards.

Multiple Jan. 6 defendants were taken out of their cells on stretchers on Thursday, according to a court filing.

The situation started when one of the defendants refused to wear a mask, family members of Kelly Meggs, who is being held in the D.C. Jail, told Meggs lawyer.

Prison guards began spraying a chemical substance described as “some kind of mace or pepper spray, according to a filing in federal court.

“They sprayed mace or some type of gas at an inmate and kept missing so it went into an intake that fed into other cells and the lady with the key left because she didn’t like the gas, so the inmates in the cells who were being fed the gas from that intake were locked in for like 15 minutes while it was going into their rooms and they couldn’t see/breathe,” the family told Jonathon Moseley, the lawyer.

More than one of the defendants was taken out on stretchers to medical bays.

Julie Kelly, a writer for the American Greatness, reported on Wednesday that prison guards filled an area of the jail with chemical spray and three detainees had to be taken out on stretchers.

In America, you are presumed innocent until proven guilty — unless you are a Trump supporter. 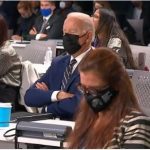 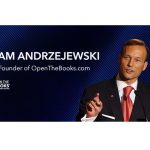