Joseph Stalin and the Soviet Communists were known for their airbrushing. If a top official lost favor with Stalin they were eliminated and airbrushed from society as if they never existed.

Who would have ever thought this practice would come to our shores one day?

On the last day of 2021,  The Gateway Pundit and Jim Hoft were banned from Paypal without warning.

The Gateway Pundit was one of the top 250 websites in the country in 2021. We had over 900,000,000 million page views in 2021. TGP continually offers breaking news and our reporting is second to none. As the mainstream media continues to shovel out their lies and refuses to report the truth, The Gateway Pundit continues to grow year after year. Because of this, the powers that be hate us and do EVERYTHING possible to destroy us. This past weekend Paypal shut down our accounts without warning.  in 2017 our Facebook traffic was completely decimated after we were so influential in helping elect President Trump.  In 2021 Twitter deleted our account when we started posting video of mysterious late-night deliveries of ballots at the TCF Center in Detroit.

TRENDING: Just Like Soviet Russia: T-Mobile Is Erasing Links to Gateway Pundit Articles if You Send Them by Text Message — MORE UPDATES…

Then this weekend we learned the tech giants are using a frightening new method to censor and control what you are able to see, read and discuss online.

And now T-Mobile started disappearing our links. You cannot send our links through T-mobile. They will disappear them. Your friends will not even know that you sent them a Gateway Pundit article.

If only there was an opposition party in America to confront this madness!

Gateway Pundit reader “Mark from Louisiana” sent us this email on Friday:

Hi. I live in Louisiana but I have a 949 area code phone from when I lived in California. When I try sending a text with your website link in it, the link does not go through to my friends and family. My sister is in the 225 area code and she can send the link to me without it being blocked. Just thought I would let you know. Thanks. Mark

We asked Mark to send us more information and this is what he sent back.

Hi Jim. In one of the screenshots you can see where my sister tried to send me your website link four times but I never got it. The other two screenshots it shows me sending a link to one of your articles, that’s the one with the picture of the fox in it. In the other screenshot from my sister it shows that she never received the link. The text message it still has the fox in it. I hope this helps. But what I realized is it’s actually just my boost T-Mobile carrier that’s blocking your links. I have a friend in the 949 area code and he was able to send it to his wife, however, I can only receive it in a group text. Let me know if you have any more questions. Thanks. Mark.

Here is a screengrab of the text message Mark sent to his sister. And here is what she received. The Gateway Pundit link has been “disappeared.”

This was not an isolated case. We have received dozens of these emails this weekend.

This is very true. I just tested it. I have been a T-Mobile customer since 2004 but I will find a new carrier. Possiibly freedom phone.

I am on the Sprint network and have to get a new phone to transition to the T-Mobile network. But the phone I texted recently went on the T-Mobile network; we live in the 757 area code in Virginia. And as you can see the link I sent to the article did not go through. It should be there right before the text that did which just said Test. Hey, don’t know if this is anything but I was attempting to share links of a few stories you’ve posted via TEXT to my friend. None of them went through to her. So, we tried different stories they posted just fine via text. JUST Gateways story links aren’t going through.

I have T-mobile Samsung Note 10+,  my friend has Verizon and an Apple Ios phone. I ended up sending the links through Facebook Messenger and my friend got them just fine then. I am willing to contact t-mobile and inquire about why specifically gateway pundits links aren’t going through but others are. We received dozens of emails from readers like this on Sunday.

The Gateway Pundit also contacted T-Mobile as did several of our readers. We will post any updates.

Last night the Stalinist censorship of The Gateway Pundit made it on the T-Mobile Members’ Board. ** The last commenter is calling on users to contact their state’s Attorney General.

We agree, What T-Mobile is doing is complete Marxism and has no place in America.

If the Republican Party will not defend us and our rights then it is up to all of us now to take action. 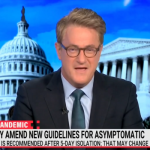 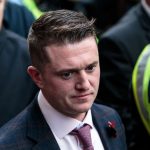