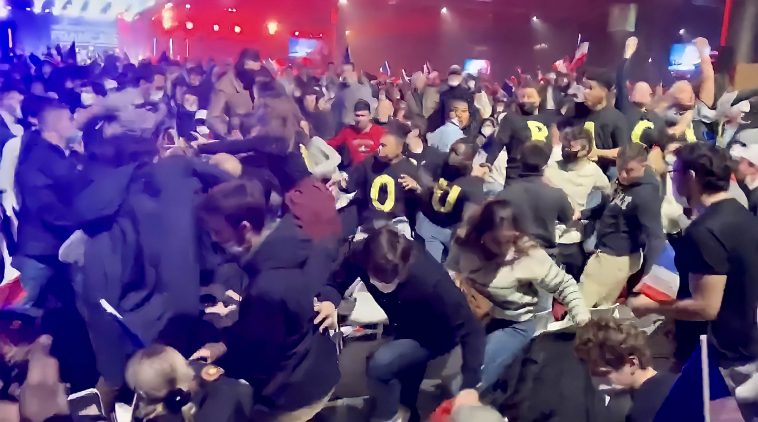 Antifa goons interrupted a nationalist conference in France on Sunday.
The Antifa Marxists stopped the conference standing in a line in T-shirts that spelled out “No to Racism.”

The angry crowd immediately began beating and hurling chairs at the Antifa Marxists. They were then chased from the building.

The antifa riot took place at a massive rally for populist candidate Eric Zemmour who is running for president.
The antifa goons had to shut down the event. But the people attending the conference did not appreciate the stunt and drove them from the building.

Police are investigating the brawl at the conference.

The War Room published a video from inside the event on Monday morning.

The Antifa Marxists were chased from the building. Several people were chanting, “Everyone hates Antifa!”

Nationalists in France chant “Everyone Hates Antifa” after chasing out small group of commie protesters trying to interrupt a political rally pic.twitter.com/cai4HtP552