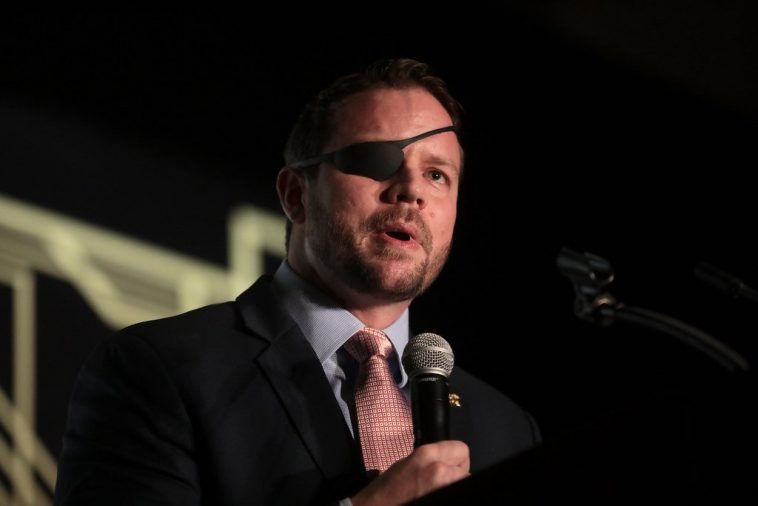 Rep. Dan Crenshaw should probably have just stayed home instead of appearing at his latest campaign stop over the weekend – but, he didn’t, and so we get to enjoy seeing him tank his political prospects in stunning fashion.

Earlier this week, a video of Crenshaw getting heated over a young girl’s line of questioning during the event went viral.

Needless to say, it was not a good look for the Texas RINO – snapping at a child never is. Someone in the crowd could even be heard calling him a moron among the boos.

Well, sure enough, another video from the event emerged on social media that shows the crowd booing him some more, this time for his pathetic response to a question about the January 6th detainees who are being unlawfully held in the DC Gulag.

When asked specifically if he had personally done “anything to help” the 1/6 political prisoners, Crenshaw claimed that he had “no power” to do anything, so he hadn’t done diddly squat – and he wasn’t planning on taking up the cause anytime soon.

“You can not hold somebody without due process and without a swift trial – you just can’t.

Um… They are doing it. And what power do we have? I wish I could tell you something that there’s a bill that we could pass – that we have the majorities. I wish there was.”

In his RINO, sellout opinion, the only thing supporting those Americans would amount to is a political theater “performance,” even though the attention that has been brought by other elected officials has increased pressure on the DC Gulag, spread awareness of the heinous situation, and raised money for the detainee’s legal defenses as they continue to suffer behind bars.

“If I went and saw them it would gain a lot of attention for me and do nothing for them – that’s the truth. If you want a performance, they can give you a performance. I wish I had the authority to help, I’m not gonna lie.”

After Crenshaw finishes his answer, someone in the crowd can be heard yelling out over the boos, “If there is nothing you can do then why do we need you?” to which people in the crowd audibly agree, shouting ‘right!’ and ‘thank you!’

A constituent asks @DanCrenshawTX what he has done to help Jan 6 prisoners being held in jail without due process.

He says he can’t do anything because he has no power.

Crowd yells: “why do we need you?” pic.twitter.com/zpW1gbrTpE

Crenshaw is awfully flippant about the unconstitutional perils of the hundreds of Americans being held as political prisoners over the 1/6 fed-fest, especially considering 8 of them are Texans, and one of them, Shane Jenkins, lives in the district that he represents.

Visits by other America-First congress members – like Marjorie Taylor Greene, Matt Gaetz, and Louie Gohmert – have been crucial for the Americans in the DC Gulag. Without the attention from these few brave elected officials, the entirety of Capitol Hill would be ignoring them completely and they would be in an even worse spot than they are now.

“Couldn’t be Bothered to Vote”: MTG RIPS RINO Dan Crenshaw For Refusing to Show Up When It Counts – Often Allowing Radical Dem Proposals to Pass By Just ONE Vote