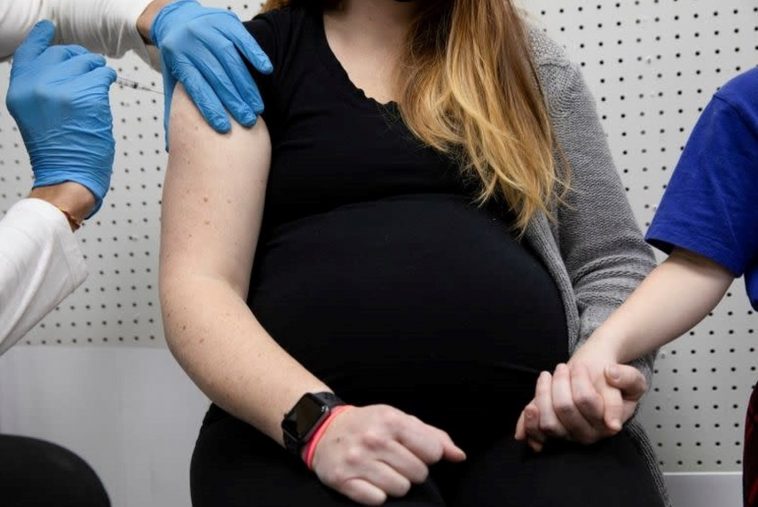 The Center For Disease Control and the federal government is adamant that pregnant women get a COVID-19 injection.

But data doesn’t support its safety and health practitioners around the world are sounding the alarm.

A Canadian doctor, who has effectively treated COVID patients with Ivermectin throughout, urges pregnant women to abstain from getting the COVID injections.

Speaking to a reporter in November, Dr. Daniel Nagase argues COVID vaccines are directly attributed to an alarming increase in stillbirths across Canada.

Doulas who work in women and children’s hospitals in one of the birthing centers for Vancouver “had 13 stillbirths in a 24-hour period,” Nagase contends.

“We need to get Freedom of Information Requests. We need doctors, nurses, unit clerks at hospitals to start printing out the statistics because we know if we ask the health authorities to print out the statistics they will refuse and that is absolutely criminal because who pays for the hospitals? We do. It is our information– we own that information,” he said. “We should not be asking some administrator for permission to get the death statistics. We should not have to ask some kind of health minister for permission to get the actual rate of [intensive care unit] stays. They’re saying it’s ‘unvaccinated people,’ but there are so many people who are within 2 weeks of their second shot and they getting deathly ill. This information is our information.

“We deserve to know how many percent of the ICU is filled with people who are having side effects within one week of the injection. And then, if they are clogging the ICUs because they are getting a vaccine injury, but then they’re being labeled as unvaccinated, that is an absolute lie.”

On Nov. 30, Dr. Nagase and Dr. Mel Bruchet launched an investigation into Lions Gate Hospital in North Vancouver to verify why claims alleged by doulas about the influx of stillbirths among COVID-vaccinated mothers.

“Nagase launched an official complaint with the Royal Canadian Mounted Police against executives at the College of Physicians & Surgeons of BC, alleging conflicts of interest influencing their policies, decisions and statements made to the people of British Columbia,” Fox 26 reports.

The CDC maintains that it found no increased risk of miscarriages among those who’ve been vaccinated, however, the former Pfizer vice president Dr. Michael Yeadon has corroborated the claims made by Nagase and a multitude of health practitioners underfire for warning against COVID injections.

“We never, ever give experimental medicines to pregnant women,” said Yeadon warned in August during a “Stop the Shot” conference hosted by Life Site News. “You never, ever give inadequately tested medicines, medicinal products, to a pregnant woman. And that is exactly what is happening. Our government is urging pregnant women, and women of childbearing age, to get vaccinated. And they’re telling them they’re safe. And that’s a lie because those studies have simply not been done.”

Yeadon, who holds degrees in biochemistry, toxicology, and a Ph.D. in respiratory pharmacology and launched his own biotech company after working in the pharmaceutical industry for 32 years, called attention to a Japanese study that found high concentrations of the spike protein in the ovaries when tested on mRNA vaccine injected rats.

“What we find is the vaccine [in rats] doesn’t just distribute around the body and then wash out again, which is what you’d hope,” he said. “It concentrates in ovaries of rats, and it concentrates at least 20-fold over the concentration in other background tissues like muscles,” he said. “You don’t want this product in your ovaries. It’s simply not necessary to induce immunity to have a vaccine in your ovaries. And, as it’s concentrating in the ovaries, getting higher concentrations over time, they have not even defined what the maximum levels are or when that occurs.”