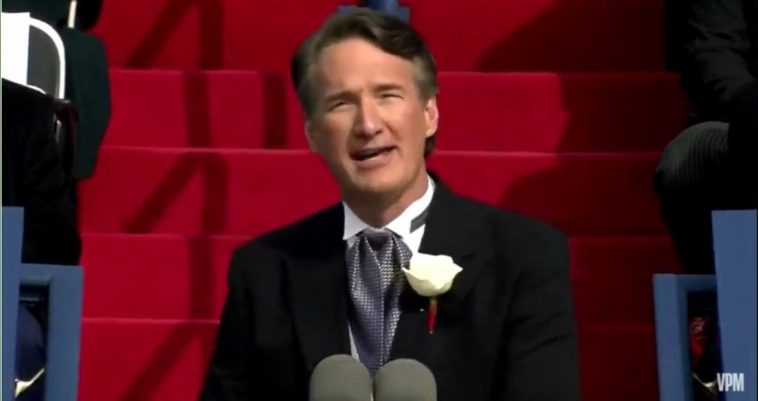 In a surprise to no one, the radical Arlington, Alexandria and Fairfax school boards in Virginia are ignoring the state’s governor’s executive order to eliminate masks in their districts.

Yesterday the new governor in Virginia signed an executive order eliminating mandatory face masks across the state like most sane states have recently done.

Youngkin’s list of day one executive orders put the power to decide if students should wear a mask squarely into the hands of parents across the state.

“A child whose parent has elected that he or she is not subject to a mask mandate should not be required to wear a mask under any policy implemented by a teacher, school, school district, the Department of Education, or any other state authority,” the order said.

Less than 12 hours after Virginia’s first Republican governor since 2009 entered office and signed those executive orders, Arlington Public Schools announced that their mask mandates are still in effect.

Citing the state’s bipartisan Senate Bill 1303, the school system said that students would remain bound to mask requirements within their bounds. The bill, signed into law in early 2021, encourages in-person instruction using mitigation strategies provided by the Centers for Disease Control. Those strategies continue to include mask-wearing for those ages two and up.

“Arlington Public Schools implemented our mask requirement this school year prior to Governor Northam’s K-12 mask mandate, and we will continue to make decisions that prioritize the health, safety and wellbeing of our students and staff, following the guidance of local and national health professionals,” the system wrote in a statement.

Alexandria City schools followed suit, saying they would also be keeping their mask requirement in place.

Governor Youngkin responded with the following:

Exclusive: Governor Youngkin on Arlington school system saying it will require masks, despite Youngkin’s order stating that schools can’t do that. He threatened to use state resources to force schools to comply – but we still don’t know what that means exactly. @WTOP https://t.co/5Lijz9kbgd pic.twitter.com/SnC4dcCIar

We’ll see what happens in the next eight days.  Hopefully, parents in these counties will let these radical school boards what they think.  Children have statistically never been at risk with COVID and masking them has been abuse.