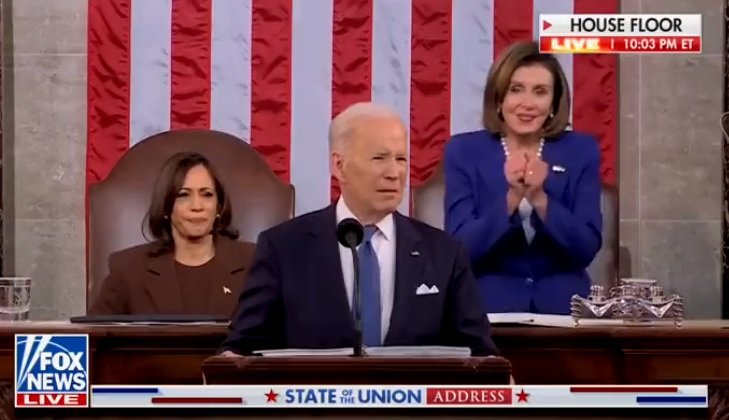 We elect leaders to protect us, our families and our communities.  We elect leaders to act responsibly with our tax dollars, to make our lives better, and to uphold our Constitution.  The Biden Administration has done none of this.

Below is an inventory of major actions taken by the Biden Administration that have hurt America.  Not one action makes America better – Not one!

1. Our elections are sacred and the cornerstone of our republic.  If they are stolen our republic is nothing.  It’s over.

Biden’s first major act against America was to steal the 2020 Election.  You may not agree with this but the majority of Americans do.

TRENDING: HORRIFIC! Government Prosecutors Call In Teenage Children of January 6’er to the Stand As Witnesses Against Him! THE BIDEN REGIME HAS NO CONSCIENCE! Exclusive Letter from Wife!!

LEFTIES’ HEADS EXPLODE: New Poll Shows Only 17% of Republicans and Right Leaning Independents Would Vote for a Candidate That Believes Biden Won 2020 Election

There is ample evidence for this.  Just last week a former Supreme Court Justice in Wisconsin called for serious consideration be given to decertify the 2020 election after months of investigation.  Every day we uncover more and more evidence that the 2020 election was stolen.  This was the Biden gang’s first big anti-American act.

2. The Biden gang imprisoned and targeted their political opponents without trial or human rights.  This is third-world stuff.

Hundreds of Americans are in the DC Gulag (see inventory here) unjustly held with unjust indictments, some were beaten in jail and denied basic human rights, some without court dates for crimes they never committed, based on what many now believe was another government set-up.   This abuse led one man to his suicide just last week.  Four Trump supporters were killed, two of them women, on January 6 in the nation’s capital.

3. The Biden gang next supported a tribunal to attack, harass and punish anyone close to their political opponent, President Trump.

As soon as the election was stolen and Biden was installed, his enemies put together an entirely unconstitutional impeachment and then a special committee to punish, harass and punish anyone close to President Trump.  These people don’t care about what the people think because they believe they can steal all future elections which will keep them in power.

The impeachment of Trump was after he was in office.  This was not only based on lies, but it was not within our laws.  Next, the same Trump haters put together a Jan 6 Committee with the sole purpose of harassing Trump supporters and those who worked for the President.  The people on the gang all hate President Trump because he loved America.

These third-world animals are after blood.  They are not independent or objective.  They aren’t after the truth.  They only search for lies to punish Trump and others who love this country.

4. The Biden gang shut the oil and gas pipelines, restricted drilling, targeted the entire energy sector in the US causing massive price hikes.  Today, thanks to Democrats and their insane policies, America is once again dependent on other countries for our energy.

Biden’s first acts were to shut down the Keystone Pipeline.  For the first time in nearly a century, America was energy independent before Biden took over. As a result, Biden doubled the price of gas on the average American consumer, aided foreign entities like Russia and the Saudis, and left the US dependent on others for our energy.  This was after President Trump left the country energy independent based on his safe and smart energy policies with cheap gas for the Average American consumer.

5. Biden handed over $84 billion in equipment and arms to the Taliban who then took 13 soldiers’ lives.

Who could forget the insane acts of the Biden gang in departing Afghanistan?  He hands over billions to a terrorist regime, some of the most sophisticated military equipment on earth.  He then had the Taliban cover for our troops in Kabal which led to 13 soldiers’ needless deaths.  He abandoned those who helped us in that country, some who fell from the sky trying to escape the Taliban.  This surrender was needless and significantly damaged the US with our allies.  It showed that you could no longer trust or count on Biden’s America to protect them.

6. The regime opened the Southern US border, ignoring the Constitution.

The first thing Biden-Obama did after stepping into office was to open the southern border wide open.  To do this his team ignored all the laws in place that protected America from unwanted intruders.  This was no problem, all Biden had to do was hire a person who lied about everything and claimed what was so was not.  They found this guy in Department of Homeland Security Head Alejandro Mayorkas.

7. The Biden regime next implemented policies to spend the US into bankruptcy.

For the first time in US history, the national debt surpassed $30 trillion.  This proves the current administration cares little about America’s future.  When will this ever be paid back?

BIDEN ECONOMY: US Debt Surpasses the $30 Trillion Mark for the First Time in History

8. Americans’ individual rights are taken from them as they were forced to take potentially deadly vaccines.

Americans should never be forced to take an experimental vaccine.

EXCLUSIVE: West Point Cadets Who Chose to Leave West Point Rather Than Take COVID Vaccine Were Coerced, Abused and Discriminated Against

The masks it turns out were more about compliance than health.  Children have literally zero risk of dying from COVID yet were forced to wear masks in schools.  This abuse was backed by Biden goons.  It showed allegiance and compliance with the regime.

VIDEO: Illinois Father Weeps with Rage at School Board Meeting Over Mask Mandates that Ruined His Daughter’s Development – School Board Responds by Telling Audience to Put Their Masks On

10. The Biden regime promotes racism in our children’s classrooms and in our culture at every turn.

It was uncovered that Biden’s Attorney General was connected to efforts pushing racism through Critical Race Theory (CRT) training and tools.

They want America to fail. 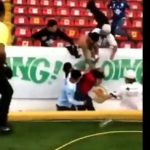 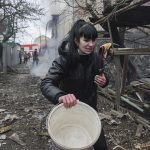