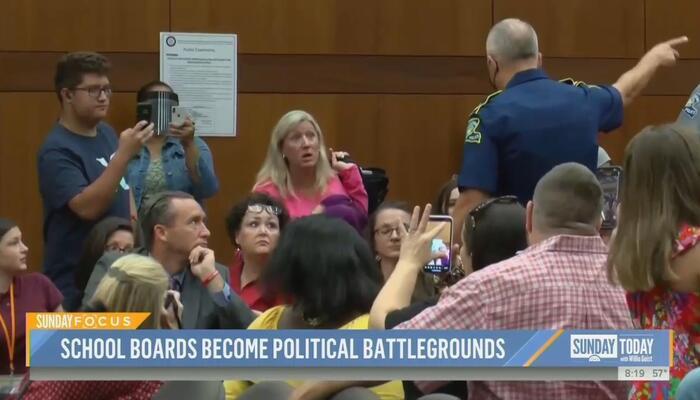 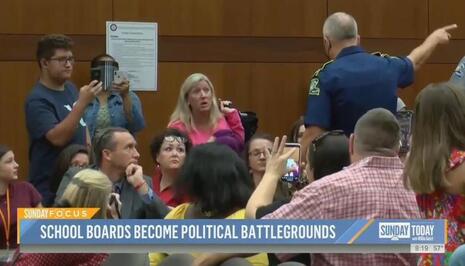 You know all the racial indoctrination we’ve been assured schools are definitely not doing? The Washington Post is worried it’s in danger of not getting done.

In a Nov. 8 article, Posties Laura Meckler and Timothy Bella conjure the specter of public school kids learning the Three Rs — and not the cool progressive ones (race, recycling and reproduction) — in the wake of conservative candidates shaking up school board races around the nation.

“In the aftermath of George Floyd’s murder,” the pair write, “many school districts turbocharged their focus on racial equity, examining their curriculum, hiring, discipline practices and more. Last week’s election results may complicate those efforts.”

And even where conservatives didn’t win, “People on both sides of the debate predict a chilling effect on school board members, superintendents and teachers who may now fear any effort to address racism inside their school systems will be called out as divisive, and that parents who oppose these efforts will feel newly emboldened to loudly protest.”

Those darned parents have the effrontery to hold opinions on their kids’ education. Meckler and Bella say that includes “questions of mandatory masks in school, comprehensive sex education, rights for transgender students and how race is taught in classrooms.”

Ya know, little things like that. And with parents suddenly aware of what’s going on in their schools, “curriculums might be modified when parents complain and superintendents who support robust racial equity work might not be hired.”

Of course, Meckler and Bella don’t question why “robust racial equity work” is appropriate for third graders, or whether lousy public schools might find a better use of resources.

The education school types and teachers unions aren’t happy about hearing from parents.

Pedro A. Noguera of the Rossier School of Education at USC sounds about ready to wet himself. “‘My hunch is many will be silenced out of fear,” Noguera said. “These are mobs that are angry, coming to the board meetings. It’s not easy to go out and talk to folks in a reasonable manner when dealing with angry people.’”

Why ever would the people you characterize as “mobs” be angry, Pedro? But a lot of the folks the authors quote don’t think much of parents or their concerns.

Indeed, one defeated liberal school board member “initially dismissed ‘a loud minority’ of people who accused teachers of ‘indoctrinating students with critical race theory.’” Another “thought it was a joke” when school board election ads showed up on Monday Night Football. “‘I was always aware of [the conservative candidates], but I truly didn’t think of them as much of a threat.’”

All this, from the progressive perspective, is pretty grim. But Meckler and Bella didn’t end the piece without a rousing call to action from a lefty school board member from Connecticut: “Democrats can’t let the right wing weaponize school boards.”