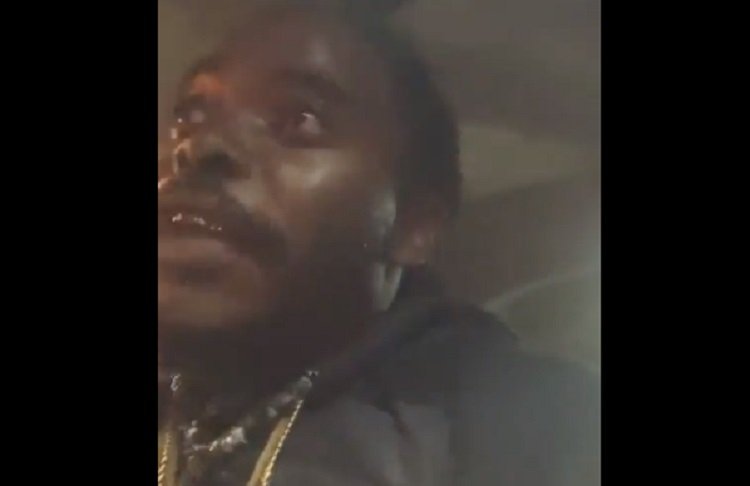 George Floyd’s nephew has posted a video threatening jurors if they do not convict Kyle Rittenhouse.

The deceased criminal’s nephew, Cortez Rice, claimed that he knows people who have been taking photos of the jurors at the courthouse.

“I ain’t even gonna name the people that I know that’s up in the Kenosha trial,” Rice said. “But it’s cameras in there. It’s definitely cameras up in there. There’s definitely people taking pictures of the juries and everything like that. We know what’s going on.”

Rice added, “so we need the same results, man.”

George Floyd’s nephew, Cortez Rice, makes a claim that he knows people taking photos of jurors during the Kyle Rittenhouse trial in Kenosha, Wisconsin. His goal is to dox jurors if they do not convict. pic.twitter.com/uwLuV2ftfV

A “journalist” from the militant far-left outlet Unicorn Riot, Andrew Mercado, was in the comments egging him on to do it.

.
Oh, and here’s fake journalist Andrew Mercado egging him on and telling him to post the address.

If you think Mercado Media or Unicorn Riot are “journalists” or legit media and you share their links, get off our page.

Rittenhouse has pleaded not guilty and maintains he was acting in self defense when he shot three rioters, two of them fatally.

Earlier this week, Rice brought a group of Black Lives Matter militants to the home of a judge in an officer involved shooting case and posted her home on Facebook.

.
Any mainstream #MNmedia report on the fact that a person entered a secure, private apartment building last night and went up to the 12th floor and stood outside the door of the female judge presiding over the Kim Potter/Daunte Wright case in an attempt to intimidate her?
. pic.twitter.com/zLObPt7RFA

It does not appear that Rice has been arrested for his intimidation and threats.