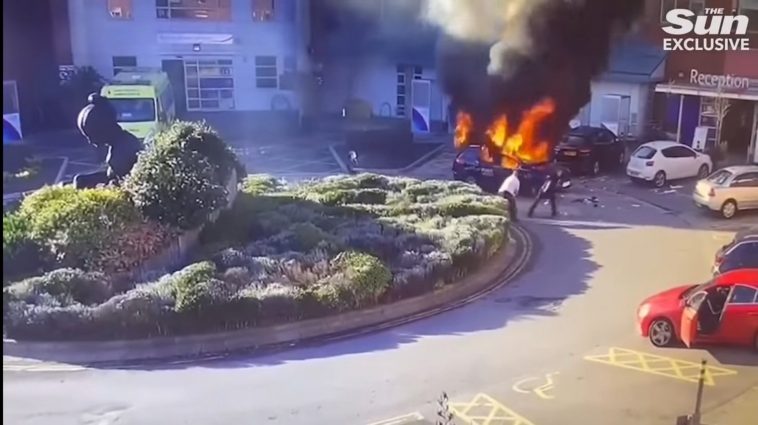 An extremely courageous taxi driver is being hailed as a hero that was able to save several lives after he locked an alleged suicide bomber inside his cab just moments before the vehicle exploded outside a Liverpool, UK hospital on Sunday afternoon.

British police and agents at MI5 confirmed on Monday that they are treating the bombing outside the Liverpool Women’s Hospital as a ‘terrorist incident’ that was likely related to “Poppy Day” – which is the UK’s equivalent of Veterans Day.

According to police, thanks to the keen awareness and quick thinking of taxi driver Dave Perry, the male terror suspect was the only person killed when he triggered the explosion before he was able to reach his intended target.

The Sun UK obtained surveillance footage of the entire incident that shows Perry’s heroic actions. His taxi can be seen pulling up outside the hospital’s entrance before bursting into a ball of flames.

The car hadn’t even come to a complete stop before the explosion – and just seconds later, Perry miraculously emerges from the driver’s door.

Unbelievably, he somehow walked away with just minor cuts and bruises; the worst being damage to one of his eardrums. He was even able to be discharged from the hospital just a few hours later.

Although the explosion was detonated at the Hospital, it might not have been the intended target. Apparently the alleged terrorist was trying to make his way to a large Poppy Day gathering that was just up the road.

From The Daily Mail:

“MI5 are said to be working with counter-terrorism police to confirm whether the Cathedral or the hospital was the true target and whether it was an Islamist attack. “

Over 1,200 military personnel, veterans, and their family members were gathered at the city’s Service of Remembrance which was located less than a mile from the hospital at Liverpool’s Anglican Cathedral.

It’s likely that the Cathedral was the true target; It was where Perry was asked to take the suspect, but because of traffic and road closures related to the event, they ended up at the Liverpool Women’s Hospital instead – which is where Perry spotted the man fidgeting with something that set of the alarm bells.

According to a friend of Perry, who was interviewed by the Daily Mail:

‘The man changed his mind and asked to go to the city centre instead. But when they were going past the Women’s Hospital he said to pull in there. It was just before 11. David noticed the man had some kind of light attached to his clothing and was messing around with it, it didn’t look right at all.

‘I don’t know how he’s done it with a split second’s thought but David’s jumped out and locked the car with this guy in the back. As soon as he did, it’s gone off. If this guy got in the hospital God knows what could have happened. David’s the luckiest man in Britain as well as the most heroic’.

UK Prime Minister Boris Johnson called the event “sickening” and also confirmed that the incident is being treated as a terrorist attack, which has resulted in the country’s Joint Terrorist Analysis Center (JTAC) to raise the terror threat level to severe – meaning further attacks are “highly likely.”

But what yesterday showed above all is that the British people will never be cowed by terrorism – we will never give in to those who seek to divide us with senseless acts of violence.”

After the attack, the UK’s anti-terror police force immediately carried out several raids in the area. Three other men – aged 21, 26, and 29 – were arrested and charged under the country’s terrorism act for allegedly helping to plan the attack; a fourth individual was also picked up and detained according to the New York Post.

“Three men in their 20s were arrested elsewhere in the city under the Terrorism Act on Sunday, and a fourth was detained Monday in relation to the attack.

None of the men, including the suspect who died in the blast, have been identified.” 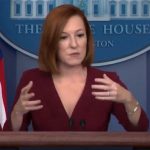 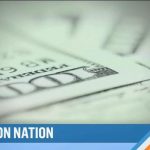