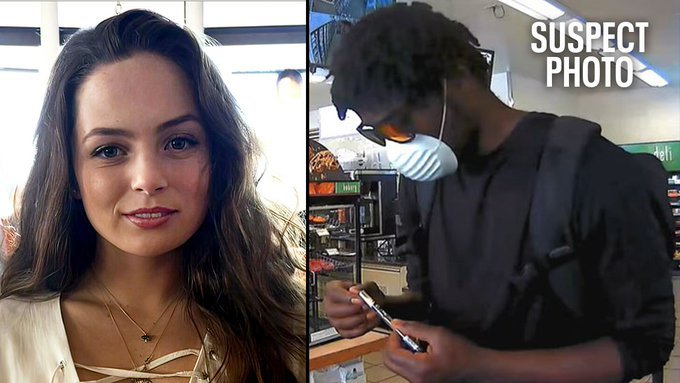 The murder suspect walked into the furniture store where Brianna was working alone, stabbed her, then casually strolled out the backdoor into an alley.

20 minutes later a customer found Brianna dead, lying in a pool of blood.

A combined $250,000 reward is being offered for information leading to the arrest of the murder suspect – The Los Angeles Police Department is offering a $50,000 reward and another $200,000 was raised privately.

“Police on Tuesday released a more detailed description of the suspect, stating that they are looking for an African American man with a thin build and short dreadlocks. He is believed to be between 6-feet to 6-feet-5-inches tall. The suspect was wearing a “distinctive backpack” and was wearing a painter’s style face covering, which police described as “like a cone, not an N95 mask.” Fox11 reported.