Trump-Endorsed Arizona Gubernatorial Candidate Kari Lake is expected to have a landslide victory over her self-funded, Doug Ducey and Mike Pence-endorsed RINO opponent, who has outspent Lake by more than 500%.

The Gateway Pundit reported on recent polls that show Kari Lake with huge leads across the board.

Robson is trying to buy this election using her billionaire husband‘s “blank check.” But the Patriots in Arizona see right through her lies.

TRENDING: Guy Reffitt Sentenced to 7 Years and 3 Months For Protesting Outside Capitol on January 6th. Prosecution’s Request for Terrorism “Upwards Departure” Denied! HIS SON JACKSON ASKED FOR MAXIMUM SENTENCE FOR HIS DAD IN LETTER TO COURT!

According to the latest campaign finance reports, Karrin Taylor Robson has spent over $18.36 million attacking Lake. Robson has self-funded $15.2 million for her failing campaign.

Kari Lake has only spent $3.56 million, yet she dominates in the polls, leading Robson by almost 20 points.

Taylor Robson spent nearly $2 million in the first half of July, four times more than Lake, and loaned herself another $1.85 million, according to pre-primary campaign finance reports.

Taylor Robson loaned her campaign $750,000 on July 5 and $1.1 million on July 8, bringing her self-funding total to $15.2 million, according to her report for July 1-16, which was due to the Arizona Secretary of State’s Office by Saturday.

Taylor Robson had more than $1.9 million in expenditures for the final required reporting period before the Aug. 2 primary, while Lake spent about $417,000.

That was after Taylor Robson spent about $10.4 million to Lake’s $1.4 million from April through June.

Over the entire campaign, Taylor Robson has outspent Lake $18.4 million to $3.6 million.

The Primary Election is tomorrow, and Karrin Taylor Robson is desperately promoting bogus polls in an attempt to trick the public. Kari Lake leads by double digits in five recent polls.

Lake is in Phoenix tonight for her massive rally 24 hours before the polls close. Register for tickets HERE!

Our BIGGEST RALLY YET

Join us in Phoenix TONIGHT at 7:00 for an unforgettable Rally on the eve of the election.

You do NOT want to miss this.

Lake joined Steve Bannon’s War Room this morning to tell America how she is defeating the RINO-Establishment and their millions of dollars in attack ads. She also spoke about her huge Tucson rally last night.

Bannon: It is incomprehensible, and for folks in politics, people are gobsmacked about that. But you’re ahead. Tell the nation. How is Kari Lake ahead, having $18.3 million dumped on you and TV ads in Arizona, ma’am?

Lake: Not to mention, the Legacy Media won’t cover me. We’ve gotten here because we’re all about telling the truth and revealing the truth to the people. And that’s what the people crave and want and they want a fighter. And the Legacy Media refused to cover me for a long time, and if they did cover me, it was just hit pieces. I can’t get interviews on some of the big shows. They only want the RINO on there. And it’s been people like you and the alternative media, independent journalists, who’ve reached out to me. I’ve done podcasts, and I’ve got a message that resonates with the people. We’re gonna make sure we have honest elections and a secure border, the two things that the — you want to call it ‘Deep State’ you want to call it ‘The Swamp’ — don’t want, but the people do want, and that’s what we’re gonna get with a governor Kari Lake. And I’m so proud of our team and how far we’ve come. We’ve outworked everyone. I can’t think of anybody who’s worked harder than my team and myself, crisscrossing this state.

We started the day in Colorado city, a small community that doesn’t get a lot of attention. We ended the day in Tucson with a massive rally. People are energized, and getting out the vote is not going to be hard because we’ve been tortured by our government for the past three years, because gas prices are so high, you can’t afford groceries. It’s gonna be really easy to get people out to vote tomorrow. And I want to remind them they can vote today because we have early voting, so get out today or tomorrow. But don’t miss this opportunity to change the course of politics in Arizona. 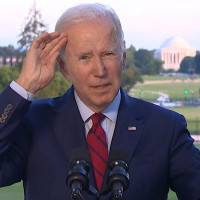 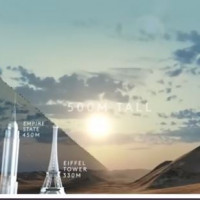