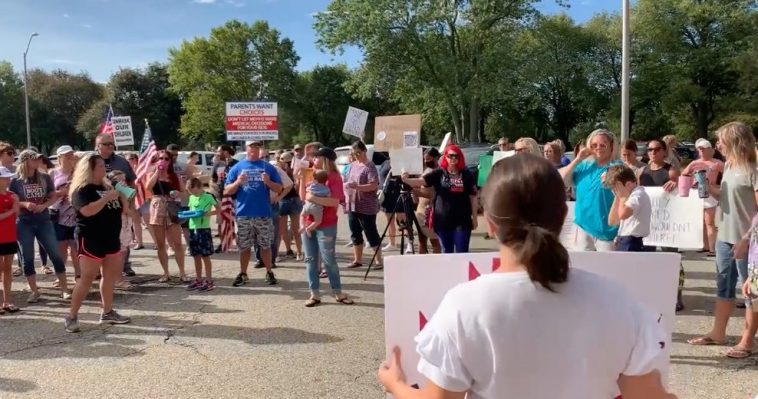 What happened on Tuesday night? The GOP won with a massive red wave across this great country- but in particular, in the liberal, deep blue Northeast.

Republicans swept every office possible in Virginia- including a huge upset in the Governor’s race. They came oh so close to winning the New Jersey Governorship. But despite the close loss, Republicans made up double digits since only a year ago.

But that’s only the start. An unknown truck driver who spent only $153, almost upset Stephen Sweeney, the Democrat President of the New Jersey Senate. How did truck driver Edward Durr come close to pulling off the biggest upset in perhaps the history of politics? Remember he spent $153- most of that was Dunkin Donuts to buy food for volunteers. I’ll explain all of this in a moment.

In Long Island, NY, Republicans are sweeping to victory- leading in all major races, even though Biden won by 10 points only a year ago.

In San Antonio, Republicans won a Texas House Seat in a largely Hispanic district that Biden won by 14 points a year ago.

In Massachusetts, a teacher forced to resign because he attended the Trump rally at the Capitol on January 6th was elected to the School Board.

Democrats were slaughtered on Tuesday night. This wasn’t a GOP “red wave.” It was a GOP blood-letting!

The question is why?

First, America said “HELL NO” to Covid insanity Tuesday night. The Biden agenda is in flames. Covid mask mandates; vaccine mandates or lose-your-job; vaccine mandates for kids; and the threat of future lockdowns; are all now dead. Critical Race Theory isn’t in critical condition, it’s DOA. Open borders are now closed for business, or Democrats are surely looking at the biggest House and Senate landslide in history in 2022.

Yet these issues don’t explain the depth of this Democrat catastrophe. Because only two weeks ago, even with all of that, polls showed the GOP was losing in both Virginia and New Jersey.

What changed? The parents of America changed everything.

Virginia Democrat Terry McAullife woke up the sleeping giant. Parents everywhere were outraged by clueless McAulliffe actually stating out loud that parents have no right to determine what’s taught to their own kids. And McAullife’s answer to a failing education system was firing white teachers based on their race, and hiring black teachers.

This brought back painful memories of Democrat Attorney General Merrick Garland attempting to criminalize parents attending PTA meetings and labeling American parents who care about their children as “domestic terrorists” and “white extremists.”

Enough is enough. Parents came out to destroy Democrats with pitchforks and blowtorches. This was the equivalent of sticking a stake through the heart of a vampire. This was a mini-French Revolution.

I don’t know why the Silent Majority never woke up when the radical Biden administration tried to destroy America, American exceptionalism, capitalism, Judeo-Christian values, small business, the great American middle class, the military and the police.

But they didn’t. Until now.

Americans never fought too hard over vaccines, or the terrible vaccine mandates that are tearing our nation apart. But these same Americans in the role of parents, are angry as hornets over allowing that same dangerous, experimental, for-emergency-use-only vaccine to be forced onto their kids

Americans never fought too hard over useless, suffocating masks. But these same Americans in the role of parents, are angry as hell at the idea of their kids being masked all day at school.

Americans accepted lies, fraud, misinformation, misleading Covid numbers and communist propaganda from government and mainstream media without putting up much of a fight.

Americans accepted new transgender laws without much of a fight. But these same Americans in the role of parents, drew the line at the brainwashing of their kids to accept boys changing into girls and girls changing into boys; or being taught about transgenderism in kindergarten; or accepting boys using girls bathrooms, so they can rape their daughters.

All of this communist propaganda and forced masks and vaccines at school was simply a “bridge too far.”

What we just witnessed Tuesday night was quite simply a mini-French Revolution of American parents wanting blood, going into battle screaming…

“Democrats, get your damn hands off my kids!” And adding in as a wonderful bonus “Fu—k Joe Biden.”

This is not fun and games. It’s not politics. This is war. It’s the parents of America declaring war on Biden and the Democrat Party.