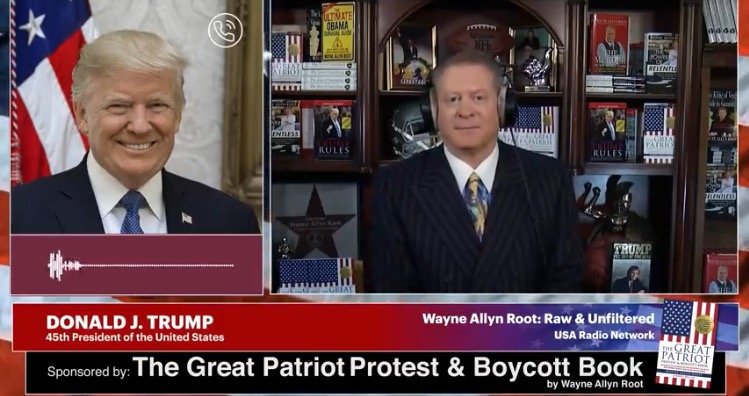 There is both good news and bad news from my interview with President Trump last week. It was the second time in the past few months that President Trump sat down with me for a detailed one-on-one interview.

The first time around, I asked President Trump if he would consider becoming Speaker of the House, if and when the GOP reclaimed the House in 2022. From there, I reasoned, he could open multiple criminal investigations of the corrupt and failed Biden presidency and lead the impeachment of Joe Biden.

This time around I asked Trump point blank if he’s going to be running for President again in 2024. Although he can’t give a “YES” because he’d run afoul of campaign finance regulations, he made it pretty darn clear that he will be running for President in 2024. His answer was as close to a “YES” as you can get without saying “YES.” I’m now fully convinced he’s running.

TRENDING: MUST SEE VIDEO: Steve Bannon Delivers Message to Supporters from Washington DC as He Turns Himself in at FBI Field Office

And, by the way, he’ll have my full support. Trump was the best president of my lifetime- better even than Ronald Reagan. On pure economic results, he may have been the best economic president ever. And he was hands down, with no debate, the best president in history for Israel and the Jewish people.

We covered a lot of ground in this most recent interview. Although Trump is still a big fan of the Covid vaccine, I did get him to clearly state he is against vaccine mandates. He does not believe anyone should ever be forced by government to take a jab they don’t want. Another feather in his cap.

You can watch the full interview here:
https://www.bitchute.com/video/d5kIvEz4MTPs/

Now to the bad news. There is only one issue where I’ve ever disagreed with Trump. And I know a majority of Trump voters are on my side.

The issue is the Covid vaccine.

Raw truth- Trump is dead wrong about the vaccine. And I believe it’s the only issue that could derail his excellent shot at winning another presidential election. I believe Trump needs to get ahead of this issue before it comes back to haunt him.

Yes, in my book, Trump gets all the credit in the world for showing the tremendous leadership skills of a 5-star general. He made that vaccine happen at a speed no expert thought possible. Bravo.

The problem is the vaccine is a failure. It was supposed to prevent Covid. It doesn’t. As a matter of fact, the countries and counties that have the highest vaccination rates have the highest number of Covid cases.

It was supposed to stop the spread of Covid. It doesn’t. The latest data shows that vaccinated individuals often have a higher viral load than unvaccinated.

Worse, for some the vaccine itself is dangerous and deadly. Check out the VAERS adverse event reports. In only ten months, this vaccine has directly injured, disabled and killed far more Americans than all other vaccines in modern history combined. How bad will those numbers look in a year or two? Trump needs to get ahead of this unfolding disaster.

Trump isn’t a doctor or scientist. He didn’t create the Covid vaccine. He listened to so-called “medical experts.” They told him the vaccine would save the world. He made sure it was available in a crisis situation.

In my opinion Trump should be saying, “I made the vaccine happen at a speed no medical expert thought possible. I was trying to save millions of American lives. I’m proud of my role.

But when it comes to the safety of the vaccine, I listened to Dr. Fauci and the CDC. Dr. Fauci lied and misrepresented about many things. If I had to do it over, I would never have listened to Dr. Fauci. Now there many legitimate questions and concerns about these vaccines. Americans have a right to ask questions. We should have a national debate. That’s called ‘science.’ And every American has a right to say “NO.” It’s your body, your choice.”

If Trump says that, he can get ahead of a potential growing tsunami of vaccine injuries and deaths. He can show he’s listening to the concerns of millions of Americans- most of them, his voters, who don’t want this vaccine.

I hope Trump comes around to my way of thinking on this vaccine. If he does, I believe he will once again become President of the United States. 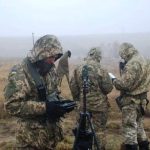 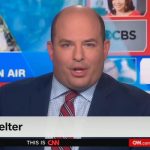