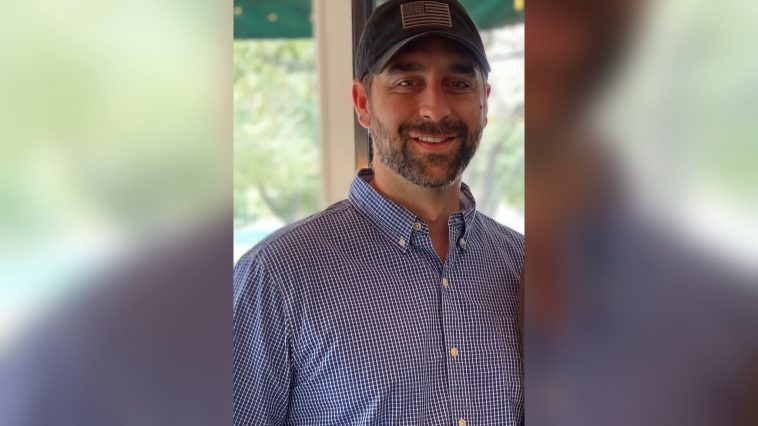 Matt Mazzocco is one of the patriots who is being held as a political prisoner by attending the January 6 rally. He was arrested at his Stone Oak home in Texas on January 17th. He was charged with knowingly entering or remaining in a restricted building or grounds without lawful authority, and violent entry and disorderly conduct on Capitol grounds.

He was sentenced on October 4th to 45 days of incarceration after the judge criticized prosecutors’ suggestion for a period of home confinement and probation for his charge.

A Texas mortgage advisor got  45 days in prison for rioting at the US Capitol after a judge condemned prosecutors’ suggestion of probation and home confinement.

U.S. District Judge Tanya Chutkan did not agree with the prosecution’s recommendation as she believed a harsher sentence should be dealt.

‘Probation and a slap on the wrist does not prevent anyone from trying this again’, she said, according to Courthouse News.

Mazzocco’s wife has reached out to The Gateway Pundit and is asking for help:

My husband Matt Mazzocco is one of the people who is being imprisoned for entering the capitol building on January 6th. We have two young children and his legal fees have wiped out our savings. He was fired from his job prior to his arrest and since then it has been an uphill battle. He is to be incarcerated on Jan 4th for 45 days. This will further burden our family financially and emotionally. We would greatly appreciate you sharing the fundraiser below, and story on your platform. Thank you and God bless.

**You can donate and help Mazzocco here.

Here is an excerpt from his wife’s email:

Matt is one of the unfortunate people who entered the capitol on January 6th. As a patriotic American he went to DC in January because he believed that our right to vote and have our votes counted matters.

He did not go with any bad intentions. He went to support our president, our constitution, and the right to free and fair elections.

He did not assault any police officers, destroy or vandalize the building, and he spent less than 13 minutes inside the US Capitol. While inside he was recorded on a live stream stopping people from damaging offices and encouraging people not to break or steal anything from the capitol. He spoke with officers while inside and was even seen on cctv footage fist-bumping the police officers when he entered the building.

On January 17th the FBI raided his home with upwards of 25 agents armed with fully automatic machine guns, swat/anti-terrorism teams who searched his home for over 4 hours afterwards arresting him. He was held at gunpoint in the front yard of his home while the FBI conducted their raid with neighbors and passerby’s seeing it all happen with his family inside. Prior to his arrest he was doxxed on social media and fired from his job as a result. His phone number and home address were shared on social media and he was harassed non-stop receiving multiple death threats.

Following his arrest, he has worked tirelessly to re-establish himself professionally and put this behind him. His incarceration is a major setback to the forward progress he has worked so hard to accomplish.

He pled guilty to a charge of parading, picketing, or demonstrating inside of a capitol building which is a misdemeanor.

The US Department of Justice was seeking a period of home confinement and probation for his charge but Judge Chutkan stated that she wanted to make an example of him for the world to see and sentenced him to 45 days in federal prison. She also made sure to use her judicial bench as a political podium to assert her personal opinions of the countless riots in 2019 as “mostly peaceful”. Judge Chutkan made this about her personal feelings and not the case at hand showing her absolute bias.

Matt is the provider for his wife and two young children and his incarceration, loss of job and legal expenses has financially crippled their family.

We are asking that anyone who may have the means to do so help this family to get back on their feet to help cover the legal expenses and household bills while he is held as a political prisoner for his parading charge.

Thank you and God bless. Please send prayers to this family on their road to recovery.

**You can donate and help Mazzocco here: https://www.givesendgo.com/G2DZB