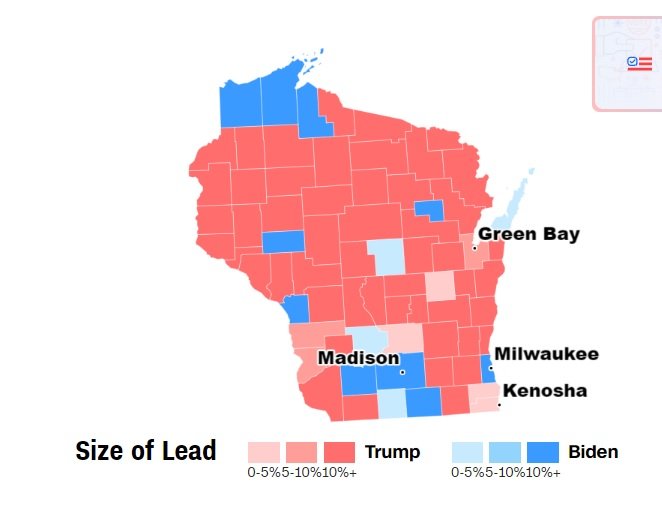 The move would sideline Governor Tony Evers who allowed massive election irregularities and fraud to take place in the state in the 2020 election.

Not only do the American people want it…they deserve it!

The time for election reform is now.#EasyToVoteHardToCheathttps://t.co/U56fbP8s1u

The Democrat Governor insists it’s time to move on and allow the cheating to resume.

A proposal from some Wisconsin Republicans to put a number of election proposals before Wisconsin voters is receiving national attention.

“I think it’s one of the things they like best about the options here in Wisconsin,” Bill McCoshen said, a lobbyist and head of the Common Sense Wisconsin policy board. “And let’s face it – this takes Gov. Evers right out of the picture in Wisconsin.”

McCoshen said he recently met with Gidley, who is now director of the Center for Election Integrity at the American First Policy Institute.

McCoshen’s proposal would put several proposals to a constitutional amendment and tighten several election laws, including ensuring universal early voting hours and prohibiting the use of private funds to help administer the election.

“Election integrity is by far the number one issue for Republican voters, and that’s not likely to change anytime in the next 12 months,” McCoshen said…

…It would eliminate the power of any governor to veto the measures, like in legislation Evers has already rejected.

“I’d be disappointed,” Evers said Monday. “That’s an over-reach. We have a system that works. Let’s move on.”