State Street, an American firm based in Boston, will bid 9 Swiss francs per share for Credit Suisse for a valuation of 23 billion francs ($23.6 billion), according to a report from financial news outlet Inside Paradeplatz. Shares for State Street were down nearly 5% in the United States on Wednesday afternoon.

“We are not going to respond to an earlier news report,” State Street said in a statement to Reuters, which added that many top analysts see few synergies between the two companies.

State Street has $3.9 trillion of client assets under management and, combined with fellow asset managers BlackRock and Vanguard, holds an average 20% stake in every Fortune 500 company.

The three firms, however, have drawn criticism for pressuring their portfolio companies to adopt Environmental, Social, and Governance (ESG) goals, by which firms make clean energy commitments, appoint a certain number of racial minorities to serve as executives, or otherwise mingle profitability with progressive internal and external politics. Last year, the three asset managers placed three climate activists on oil and gas company Exxon Mobil’s 12-person board of directors.

“Consolidation in the asset management industry is part of what allows a small group of players to advance a monolithic ideology on the rest of corporate America,” Vivek Ramaswamy, a former pharmaceutical executive who recently launched an anti-work asset management company, told The Daily Wire. “ESG in many ways originated in Europe and is even stronger there than in the United States — so I think this is just a part of the continued trend of seeing ESG become a dominant transnational trend on both sides of the Atlantic.”

Though there are some American investors and executives who want companies to advance certain political causes beyond their bottom lines, an exclusive Daily Wire poll conducted by Echelon Insights showed last month that most Americans want companies they invest in to stop preaching and instead pursue profits.

While 29% of respondents agreed it is a “good thing” for companies to leverage their financial power for political or social ends supported by executives, 58% — twice as many — said it is a “bad thing.” The Daily Wire poll found that most investors prefer to focus on profits instead of ESG when they choose their own assets — and most believe that other investors should have the same opportunity.

“The asset management industry — and the finance industry overall — is the one industry that’s upstream of all others, and why it has the greatest cultural influence of all,” Ramaswamy added.

However, Utah State Treasurer Marlo Oaks told The Daily Wire that the potential State Street and Credit Suisse merger would likely not make a salient impact on conservative states.

“Maybe State Street can grow assets through Credit Suisse’s European distribution, for investors there looking for U.S. passive exposure with an activist implementation,” he remarked. 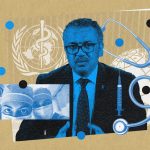 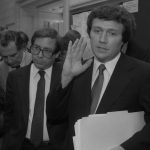