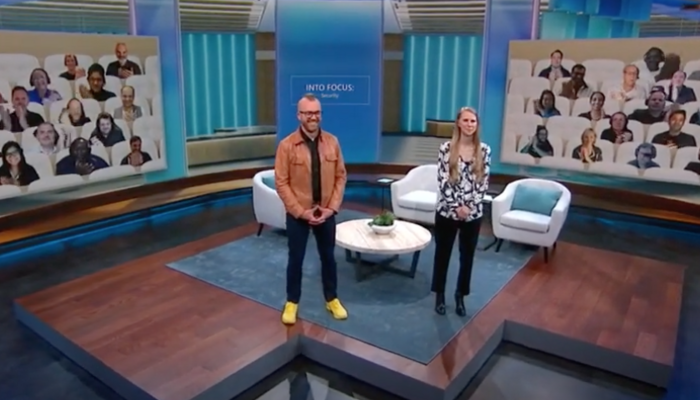 Microsoft unveiled more than just the future of identity-proofing when its presenters opened the Microsoft Into Focus: Security video presentation with arbitrary statements about their appearance and identity.

The future once looked like chrome buildings and flying cars. Now it’s Big Tech megacorporations with cringeworthy PC politics. Microsoft tweeted out video footage of a massive presentation in front of a virtual audience inviting consumers to “Gain insights on how to react to security threats and prepare for the next frontier in identity proofing.” Gender and racial identity  appeared to take center stage first, however. After introducing herself by name, Product Marketing Manager Natalia Godyla explained “I’m a Caucasian woman with long blond hair, and I go by she/her,” only then explaining her position at Microsoft. Co-host of Security Unlocked podcast for Microsoft Nic Fillingham followed suit, alerting the audience that he is “a Caucasian man with glasses and a beard. I go by he/him, and I’m a security evangelist here at Microsoft.” 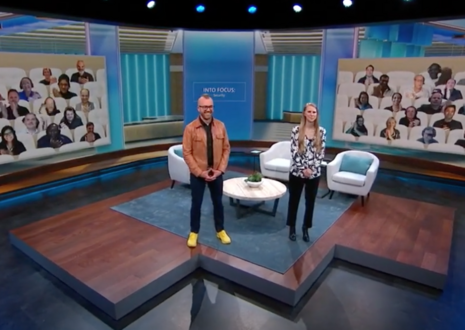 Announcing appearance and race as an introduction to their respective appearance during the video presentation did not appear to be a fluke. Rather, it appeared to be a policy held by Microsoft, as even those following Godyla and Fillingham introduced themselves in a similar fashion.

Former Microsoft executive and Cybersecurity and Infrastructure Security Agency Director Christopher Krebs described his appearance and gender as well, but in a far darker twist, he noted his cooperation with far-left radical lobbyists amid a talk on so-called “misinformation”: “I’m working with the Aspen Institute. I’m co-chairing with Rashad Robinson from Color of Change and Katie Couric, formerly, famously of the news, on the Aspen’s, uh, the Institute, uh, Commission, on, dis, uh, Information Disorder.”

Data from Soros-funded ProPublica showed that Soros donated $1 million to the radical group Color of Change PAC. The Soros super PAC, Democracy PAC, also fueled  $2,500,000 into the group during the 2020 electoral cycle. Color of Change PAC recently pushed a disgusting petition called “Cut Ties With The [Fraternal Order of Police (FOP)].” FOP is self-described as “the voice of our nation’s law enforcement officers.” Color of Change PAC spewed metaphorical bile that the FOP was “the deadliest frat in the world.”

Conservatives are under attack. Contact Microsoft at 1-800-642-7676 and demand that Big Tech be held to account to mirror the First Amendment while providing transparency, clarity on “hate speech” and equal footing for conservatives. If you have been censored, contact us at the Media Research Center contact form, and help us hold Big Tech accountable.