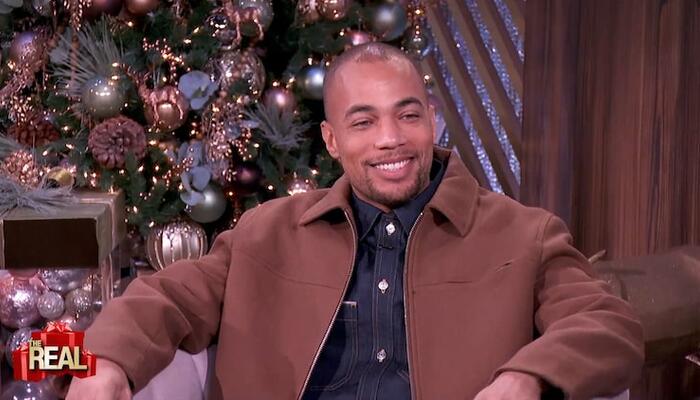 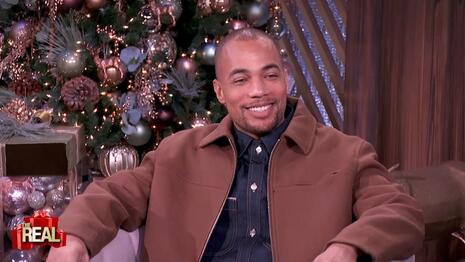 Most of us know that Hollywood is a liberal propaganda machine, but it isn’t often that you’ll catch someone in Hollywood admitting that they’re trying to influence viewers with their political agenda. But, Kendrick Sampson, who plays Nathan on HBO’s Insecure, did just that in an interview on The Real on Friday, December 10.

Sampson talked about the pro-Black Lives Matter social-justice organization he co-founded, BLD PWR, that’s trying to radicalize Hollywood into being even more leftist and woke than it already is by calling on it to “divest from police,” among other demands.

The actor told the hosts that he decided to leave Texas for Hollywood when he was younger because he wanted more opportunities to book gigs and to escape stereotypical roles he was finding there. He said he didn’t want to portray a criminal, for example, because he had a lot of family members who were “criminalized” and he didn’t want his siblings, nieces and nephews to see him in such a role.

Sampson also said, to boisterous laughter from the hosts, that he thought there’d be less racism in Los Angeles. He said he had wonderful mentors and role models in Hollywood, though, who helped him turn down stereotypical roles even though he desperately needed the money and credits on his resume. Their families helped to keep him fed while he was struggling, he added. “[L.A. s]till had all of the racism, you know,” he told the panel, “but [their support] helped me get to the next gig.”

That led host Loni Love to ask about what inspired him to “fight social injustice,” and Sampson responded about the importance of being “intentional about (organizing Hollywood), because (it’s) a propaganda machine,” and that his organization BLD PWR radicalizes Hollywood and provides “political education:”

Loni: I think that you know all of this made you want to fight social injustice…

Loni: …and you’ve been a co-creator of your own non-profit organization called BLD PWR. Uh, let’s talk about that. What is it?

Kendrick: It’s uh, it’s our effort, me, Tia Oso, Mike De La Rocha, were all doing all, we were, I mean, trying to figure out and brainstorm and experiment with so many different ways on how to organize Hollywood. You know, black and brown folks and white folks in Hollywood, you know, and build an intersectional coalition of Asian American, Pacific Islanders, all types of… and trans folks, and folks that are marginalized in our, in our community, and it’s difficult. So, we, all of the different efforts, all the trial and error we went through we decided to streamline into an organizing organization, right? Somebody who gets out there and tries to organize Hollywood because we realize we have to be really intentional about it, because this is a propaganda machine.

Kendrick: We, um, we put our…we, we connect Hollywood with radical movement, you know? With the organizers, the people, the heroes, the folks that are doing the work every day in our communities, and we create environments where they can build authentic relationships, we provide education, you know political education, and then we organize. We, we get people into rooms together, we strategize…

Garcelle: You were right front and center with BLM…

Garcelle: I saw you every day doing your thing, and I’m so proud of you for doing that.

Kendrick: Yeah, I appreciate it.

We already know the impact BLM and its anti-police partner organization, Color of Change, which credited itself for the canceling of the show COPS on Fox (the show was fortunately renewed again one year later), has had on Hollywood. Does Hollywood really need to be radicalized any more than it already has been? We all know the answer to that, but someone needs to tell Sampson, apparently.

What Hollywood really needs is to learn from an organization that teaches it how to entertain without leftist lectures and agendas, hateful and misleading storylines filled with race-baiting, and disrespectful depictions of Christianity.