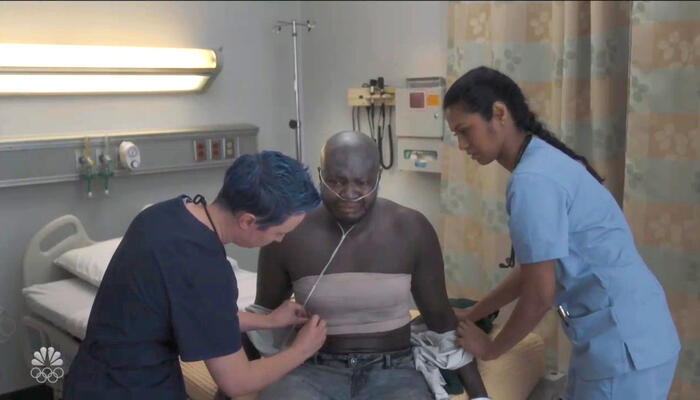 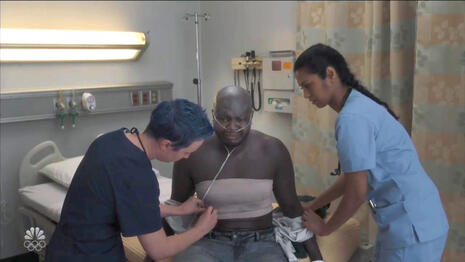 November 16’s episode of New Amsterdam, “In A Strange Land,” was their most woke episode yet this season. All hands are on deck at New Amsterdam hospital when it comes to providing medical care for numerous burn victims from a church fire, all illegal immigrants seeking sanctuary, while they fend off ICE agents looking to strike.

One of the illegal patients being treated is Temi (Rizi Timane), a trans man from Nigeria. Temi’s lungs have been affected, but she still won’t take off the binder that is flattening her breasts, despite not being able to breathe. It’s not until Nurse Kai Brunstetter (Em Grosland), who also happens to be a trans man, convinces Temi to take off the binder that she does.

Leyla: This should ease your breathing.

Leyla: Your bandages are restricting your breathing. We’ll need to undo them.

Temi: Get away from me!

Brunstetter: Are you okay over here?

Leyla: Should I get an orderly?

Brunstetter: No, hold on. I got this. Okay. Let’s start over, huh? I’m Kai, he or they pronouns. What’s your name? Does taking your binder off make you feel unsafe, exposed? I get that, I do. But the thing is, between the smoke and your binder, your lungs are struggling, which is why I have to take the binder off. Can we do that? Okay.

Temi: My name is Temi. My pronouns are he and him.

When the binder is removed, they discover bleeding and discharge from her breasts. Temi needs a mammogram and Brunstetter tries to reassure her: “I can tell you from personal experience that getting a mammogram sucks. It’s like stepping back into a body that isn’t mine. Does that sound familiar? So for people like us, trans men, it’s tempting to ignore cancer screenings and walk away from God-awful machines like this one.”

Temi is traumatized by “the terrible things that happened” back in Nigeria where they “tried to destroy” her body because of her body dysphoria and refuses to put herself in the mammogram machine.

Ultimately, Temi is provided with a transducer scan, which locates a tumor. Temi wants a double mastectomy, thinking it might be her only chance to remove her breasts even though it is explained, “So a full mastectomy leaves a flat chest that kind of dips in, concave. That’s different than top surgery which creates muscle contour.”

During Temi’s surgery, however, it’s discovered that the cancer has spread. She’ll have to come back to the hospital each day for 6 weeks for chemotherapy, but she is afraid that will give ICE a chance to detain her. Dr. Sharpe tells her, “It’s a risk, yes. But not treating your cancer will kill you.”

Like the character Temi, the actor Timane is also from Nigeria and a trans man, with a website that describes Timane as a “trans-sensitivity trainer” and “trans minister, an affirming LGBTQI psychotherapist at the L.A. LGBT Center, and prior service as the Associate Director of the nation’s largest transgender health program.” Timane spoke at the United Nations Global Entrepreneur Summit “on the need for greater trans awareness and trans workplace advocacy.” Songs include “Love Is All We Need,” which is described as a “Trump response single.”

ICE is consistently portrayed as a predatory agency in the episode, with nothing better to do than stalk people outside of hospitals and churches. The burned church’s priest revealed that “ICE has been circling our church for weeks. They’ve been coming by at random times waiting for someone to be out of our protection. They’re coming home from work, leaving to go to school.”

One of the most ridiculous scenes involves Max’s plan to enable the discharged illegal immigrant patients to escape ICE by setting up a diversion with an ambulance motorcade. Sure enough, the ICE agents fall for it and pull over the caravan of ambulances while the group sneaks away on a bus.

Max: All right. Hey, buddy, hey. Is this everyone?

Helen: Temi was the last in ICU.

Helen: And be careful.

Max: Too late for that.

ICE Agent: They’re on the move.

Head Ice Agent: You are under arrest for harboring criminal aliens. Open ’em up! Where are they? Where are the illegals?

Max: Illegals? No, I just run a hospital. All we have are patients.

Dr. Bloom: What about tomorrow?

Fr O’Connell: I don’t know, Dr. Bloom. I don’t need to know. I have faith. This is just another stop on our pilgrimage.

The episode predictably features a line about the plight of illegal immigrants after we hear of their fate. “The thing is, they still don’t have a home. Everyone deserves a home, don’t they?” 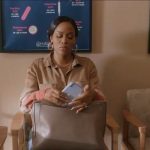 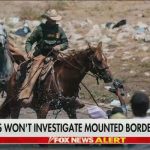