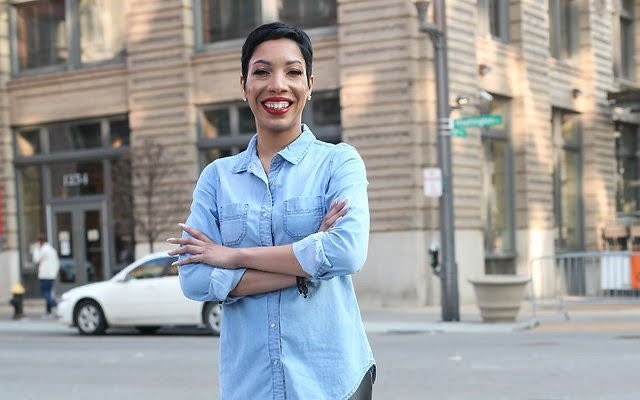 Jessica Laurent, who had a difficult upbringing in the ghetto and is now a successful conservative activist and radio host, shared her thoughts and concerns for the two women in Georgia who are suing The Gateway Pundit with the urging and assistance of far-left money and support.

Jessica Laurent was on with Joe Hoft on RealTalk93.3 on Tuesday afternoon.  They discussed the much discussed “suitcase scandal” that occurred on Election night 2020 in Georgia where hidden ballots in suitcases were pulled out from under tables by election workers after kicking observers out of the room and then fed into tabulators, some multiple times.

This event was first reported by Rudy Giuliani during his presentation on the 2020 election in Georgia before the Georgia legislature.   The Gateway Pundit later identified three of the operatives including two women who were involved in the late night scandal These two individuals are now suing The Gateway Pundit.

After explaining the situation to Jessica Laurent, she shared:

First of all, they [Democrats] want to create an issue.  They create an issue around election time and then they’re look, we’re here to save you from that – the problem that we created.  We created the problem.  We gonna give you the solution as long as you vote for us.  But then all of the sudden when it’s not election time, they don’t care.

When Joe shared that the media is already making this lawsuit a black issue, Jessica shared:

It could have been Betty White pulling them suitcases from under that.  It don’t matter… You report the news.  You report what you see.  They’re not used to that and they don’t like it.  They don’t like that.

This is another, like you said, trying to make it a black, white [issue].  All this.  You’re a white supremicist [per the media].  You’re trying to attack these hard working black people who are just simply trying to be here to vote…

… You’re lives [the individuals suing TGP] were already turned upside down… You’re working a poll.  Ok, you volunteered to work at a poll.  Come on.  You ain’t sitting on no millions of dollars over there.  Stop playing.

So you’re [the individuals suing TGP] really about to destroy yourselves.  There’s too much information out now.  But you don’t know that.  You let these people use you as a pawn.  They’re using these two women as a pawn.  And when you’re [the two women] done, all washed up, you not going to have nothing left and they not going to care…

…You ain’t nothing but a pawn, like the whole black community is to the Democrats anyways.  And Ruby and Shae, they are so oblivous they don’t see the information.  They don’t see the information that they have.  To see that you really don’t have a shot.  You don’t have a chance.  You don’t know that there’s mounds of evidence.  You just don’t know the grave that you’re digging for yourself.  So now you going to embarrass yourself and when you lose you’re going to say, ‘Oh, look see.  This is proof that America is racist.’

Listen to the discussion in the clip below.