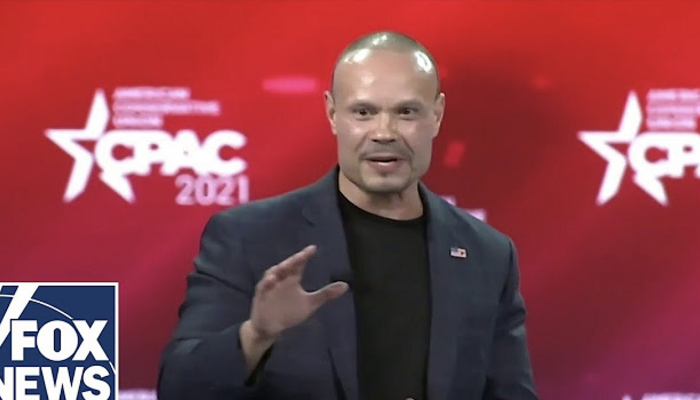 YouTube appeared to take issue with Bongino’s claims that masks were “useless” in preventing the virus. He has over 850,000 subscribers on his channel.

This is his first strike on the platform. Three strikes will result in a 90-day ban.

A YouTube spokesperson reportedly told Forbes that Bongino had “repeatedly violat[ed] our Advertiser-Friendly Guidelines on harmful and dangerous acts.”

The Bongino Report posted the following tweet after the suspension: “YouTube just suspended Dan’s channel for daring to question the mask fascists. I guess they were waiting for an apology from us. But that’s not quite how it worked out for them. Here’s Dan’s email to ‘Coco’ at YouTube telling them to plant a big wet kiss on his ass.”

Dan’s expletive-filled email to “CoCo” the YouTube representative indicated that he was not surprised by the suspension.

“If I said I was surprised here I would be lying,” he said. “We knew it was just a matter of time before the tyrannical, free-speech hating, bullshit, big tech shithole you work for, would try to silence us.”

Bongino praised Rumble, a video-streaming alternative that he has invested in. He then added a “deal” proposal to the representative about how he would get his channel back.

“So here’s my deal to you, and there will be NO negotiation,” he said. “After your ‘suspension,’ I will immediately post content questioning why masks have been totally ineffective and stopping this pandemic. I dare you to do something about it.”

“Dan Bongino, one of the most vocal supporters of free speech and the 1st amendment was just suspended on YouTube where their CEO says free speech is a ‘core value’. Freedom of expression is a human right, full stop. @dbongino & all creators, we have your back. #StandWithDan.”

Conservatives are under attack. Contact your representatives and senators and demand that any ideas they support protect conservative speech. Tech giants should afford their users nothing less than the free speech embodied in the First Amendment as interpreted by the U.S. Supreme Court. If you have been censored, contact us using CensorTrack’s contact form, and help us hold Big Tech accountable.