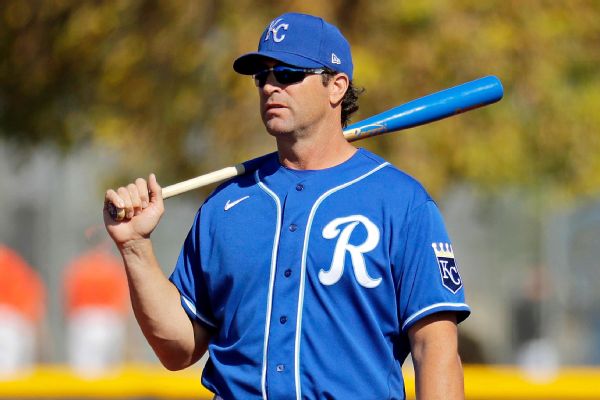 KANSAS CITY, Mo. — Manager Mike Matheny and pitching coach Cal Eldred were fired by the Kansas City Royals on Wednesday night, shortly after the struggling franchise finished the season 65-97 with a listless 9-2 loss to the Cleveland Guardians.

The Royals had exercised their option on Matheny’s contract for 2023 during spring training, when the club hoped it was turning the corner from also-ran to contender. But plagued by poor pitching, struggles from young position players and a lackluster group of veterans, the Royals were largely out of playoff contention by the middle of summer.

The disappointing on-field product led owner John Sherman last month to fire longtime front office executive Dayton Moore, the architect of back-to-back American League champions and the 2015 World Series title team. He was replaced by one of his longtime understudies, J.J. Picollo, who made the decision to fire Matheny hours after the season ended.

“Managing the Royals has been a true privilege,” Matheny said in a statement. “I’m thankful to so many, primarily Dayton Moore, and the coaches and players I’ve worked with. I would like to thank Mr. John Sherman and the ownership group for the opportunity to manage their team, and everyone involved in this great organization.

“I came to the Royals knowing it was an organization of excellence and care, and was shown that care every single day. Royals fans should be excited about this group of players, and I look forward to watching them continue to grow.”

Matheny spent parts of seven seasons managing the St. Louis Cardinals, finishing each with a winning record and winning the National League pennant in 2013. But after his firing midway through 2018, he was hired by the Royals in an advisory role, and then tapped to succeed longtime manager Ned Yost when he retired before the 2020 season.

Put in charge of a rebuild in the works, Matheny went 26-34 during a COVID-19-shortened first season, then appeared to show progress last season, when the Royals ushered forward a slew of young prospects and finished 74-88.

The expectation was another step forward this season, but the Royals instead spent September fighting off 100 losses.

Matheny finished 165-219 during his time with the Royals, though the number that perhaps is more important to the future of the club is 29 — the number of players who made their Major League debut during his tenure.

“We are grateful to Mike for leading us through some unusual times these last three seasons,” Picollo said in a statement. “He met those challenges head on and helped us move forward in a positive manner. We thank him for his leadership and know his influence will have a positive impact moving forward.”

Matheny became the fifth big league manager to be fired this year.

Philadelphia’s Joe Girardi was replaced on June 3 by Rob Thomson, who engineered a miraculous turnaround to get the Phillies into the playoffs. The Angels replaced Joe Maddon with Phil Nevin four days later, Toronto’s Charlie Montoyo was succeeded by John Schneider on July 13 and the Rangers’ Chris Woodward by Tony Beasley on Aug. 15.

Chicago White Sox manager Tony La Russa left the team on Aug. 30 for medical tests and said Monday he will not return for 2023.

In addition, Miami’s Don Mattingly said late last month that he will not return next season.

While he was well-liked in the Kansas City clubhouse, it seemed unlikely Matheny would be granted another season when Moore was fired last month. Sherman indicated at the time the change in the leadership of the baseball operations department was only the start of what was expected to be widespread shifts throughout the organization.

The Royals have struggled for years to develop pitching — they had the fourth-worst ERA and the worst WHIP by far of any staff in the majors this season. And the continued struggles by their latest wave of young arms was a big reason for letting go of Eldred, the pitching coach since 2018.