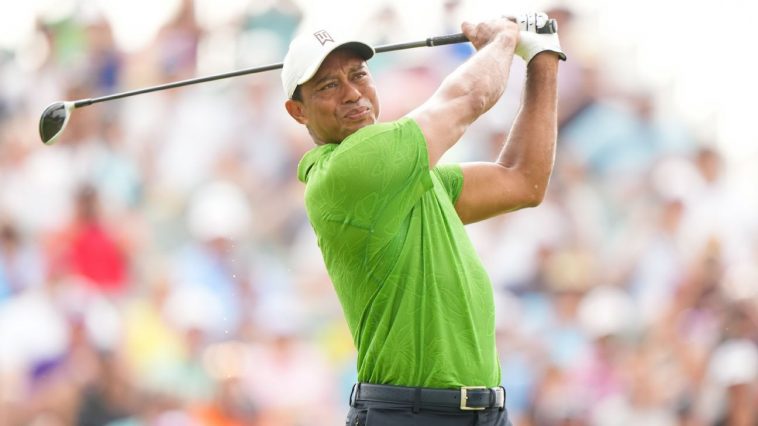 TULSA, Okla. — Tiger Woods will be around for the weekend at the 104th PGA Championship at Southern Hills Country Club.

Needing to avoid a bogey down the stretch to stay on the right side of the cut line, the 15-time major champion did better than that, with a birdie on the 16th hole. He shot 1-under 69 in the second round, which pushed him to 3 over through 36 holes. The expected cut line is 4 over.

While Woods isn’t positioned on the leaderboard where he probably wants to be (he was tied for 52nd when he finished), he’s still sticking around for the final 36 holes, which is more than what PGA stars such as world No. 1 Scottie Scheffler, Patrick Cantlay, Dustin Johnson, Adam Scott and Daniel Berger can say after missing the cut. Woods has made the cut in 18 of 22 starts at the PGA Championship.

Woods, a four-time PGA Championship winner, has now made the cut in three straight majors, which matches his longest streak since 2015. He tied for 38th at the 2020 Masters and tied for 47th at Augusta National in April.

Woods is playing in just his second official tour event since he was seriously injured in a car accident outside Los Angeles on Feb. 23, 2021. He seemed to be more comfortable and engaged on Friday than he was in the first round, when he shot 4-over 70. He played in the morning wave on Thursday and seemed to benefit from a later tee time on Friday.

Woods was also on the right side of the draw in terms of the weather; he didn’t have to battle wind gusts up to 25 mph that plagued other players on Friday morning. The wind had largely died down by the time Woods and his playing partners, Rory McIlroy and Jordan Spieth, started their round.

While Woods limped and grimaced at times, he battled and fought through pain in his surgically repaired right leg once again. There were glimpses of the old Tiger, too. The par-4 16th hole, the third toughest this week, was a perfect example. He hammered his tee shot down the middle of the fairway, leaving him 209 yards to the hole. He hit his ball to four feet with a 5-iron, which was probably his best iron shot of the tournament. Woods’ birdie was just the ninth on the 521-yard hole.

After suffering a double-bogey on the par-3 11th, Woods got back on the right side of the cut line by sinking an eight-foot birdie on the par-5 13th. He grimaced badly after hitting a layup shot on that hole. He made another big par save on the par-3 14th, sinking a 14½-footer after a poor chip shot from just off the green.

Woods seemed to be in good shape for the cut after he made a 10½-foot birdie putt on the par-4 10th hole, which moved him to 1 under in the round. But on the next hole, the par-3 11th, he badly pulled his tee shot to the left. He knocked his second shot into a greenside bunker, and then couldn’t get up and down from eight feet. The double-bogey 5 dropped him to 5 over for the tournament.

It could have gotten worse for him on the par-4 12th. After knocking his tee shot into the fairway, Woods hit his second shot into another bunker. After chipping out, he made a 14-footer to save par. 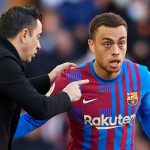 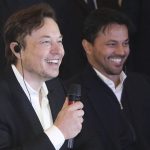