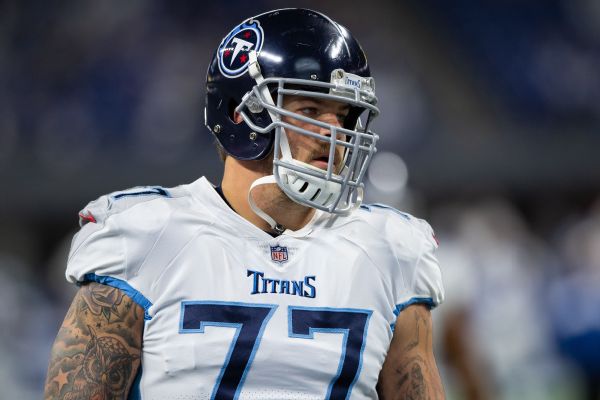 NASHVILLE, Tenn. — The Tennessee Titans have lost starting left tackle Taylor Lewan for the season due to a right knee injury, a team source confirmed Saturday.

Lewan injured his knee on the first play of Monday’s 41-7 loss to the Buffalo Bills. The injury occurred as he attempted to block down on a defensive end and his knee buckled before he fell to the ground.

The team had feared Tuesday that Lewan would be out for the season, and he went to Los Angeles for a second opinion on the injury.

Reserve offensive lineman Dennis Daley came in for Lewan and played the rest of Monday’s game. Titans coach Mike Vrabel said Friday that Daley would be the starting left tackle Sunday against the Las Vegas Raiders.

The injuries have piled on for Lewan recently. He tore the ACL in his right knee in Week 2 of the 2020 season and missed the final 13 games. He has not played a full season since 2017 and has appeared in only 47 games over the past five years.

The Titans will have a big decision to make regarding Lewan after this season, as the ninth-year veteran will carry a $14.8 million salary-cap charge in 2023. Releasing Lewan would come with zero cap penalties for the Titans.