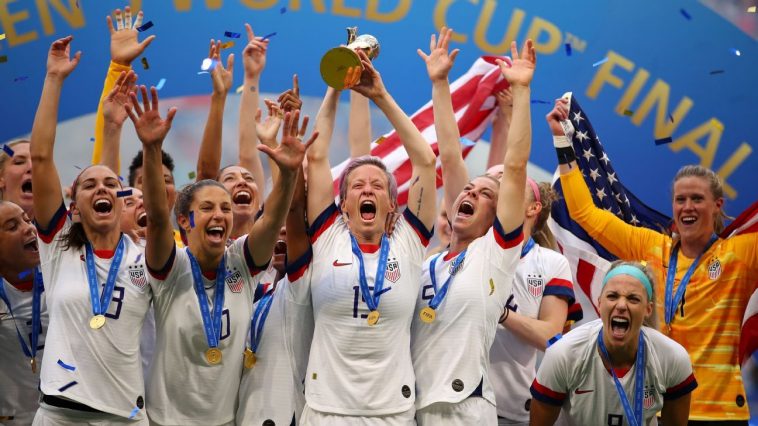 The unions for the United States men’s and women’s national soccer teams have ratified new collective bargaining agreements with U.S. Soccer that include an equal split of World Cup bonuses, the federation and the two unions announced on Wednesday.

The agreements are a promise kept by U.S. Soccer Federation president Cindy Parlow Cone, who had vowed that any new CBAs would need to address the equal pay issue as it related to World Cup bonuses. The CBAs also put into effect the much-celebrated financial settlement between the USWNT and the federation, which was announced in February after years of legal jostling.

“And I’ll be honest, there were days that I didn’t think we were going to get it across the line. But we are here, and I’m just so incredibly proud of what we have accomplished and what it is going to mean, not only for the game here in the U.S. but globally.”

The deals change the dynamic between the two teams. Before they were competing for attention and resources from the USSF. Now, they’re working together to raise the collective boat of both unions.

“I’m really excited to start this partnership almost fresh, a clean slate. We’re working together,” said Nashville SC defender Walker Zimmerman, who is a member of the USNSTPA’s leadership team. “We have accomplished so much together with this revolutionary CBA, and certainly we’re [going to] be cheering like crazy, because that’s exactly what this CBA is. It’s equal. We will be their biggest fans. I’m sure they will be our biggest fans, as well.”

As women’s national team forward Midge Purce, a member of the union’s CBA committee, added, “I think what this CBA does is it finally creates that ‘One Nation. One Team.’ And I think that it’s really brought us together under that ideology that we we’ve been chasing after for a really long time.”

The respective unions will receive 90% of the FIFA bonuses paid at the 2022 and 2023 World Cups and 80% of the bonuses at the 2026 and 2027 editions. All of the funds paid out from those bonus pools will be split evenly among the two national teams. FIFA has announced that the entire bonus pool for the 2022 World Cup in Qatar will be $400 million, while the bonuses for the women’s tournament in Australia in 2023 will be $60 million. In the previous World Cup cycle, the last-place men’s team won more prize money than the first-place women’s team.

“There are tough conversations, but at the end of the day, it is the right thing to do,” Zimmerman said. “It’s something that [the U.S. women’s team players] deserve. It’s something that they have fought for so hard, and, to be honest, sometimes it does feel like we had just kind of come alongside of them and had been a little late.

“It’s not easy to look back and think about this whole journey and where it started for them and how we entered. And that’s why it’s even more important for us to feel like we are getting involved. It’s never too late to get involved.”

Equality was achieved in other areas, as well. The men’s and women’s teams will have identical performance-based bonuses for all games and competitions. The women’s team will no longer have guaranteed salaries for some players and will have the same pay-to-play payment structure as the men’s team has always had.

Both unions also will participate in revenue sharing, including 10% of commercial revenue between $55 million and $75 million and 15% of any commercial revenue above $75 million. Both teams also will receive an equal cut of ticket revenue, with the teams receiving $5.06 of each ticket sold through the end of 2026 and $5.75 of each ticket during the final two years of the deal.

A source with knowledge of the men’s deal told ESPN that the men’s players will receive a bonus of $2.5 million related to qualification for the 2022 World Cup that won’t be shared with the women’s team. This is essentially retroactive pay due to the fact that the men were operating under their old, expired CBA for more than three years.

There also are aspects of the women’s deal that are unique as compared to the men’s contract, including continued injury protection, child care and parental leave. But for the women, the new CBA marks a big change, as it moves away from guaranteed salaries and toward a pay-for-play model, which has long been a staple of the men’s deal.

“The ability to do that has come a lot from the strength that the NWSL has gained in the past few years,” Purce said. “We have a strong enough league here at home where we can depend on those salaries a little bit more and leave a little more risk up to the national team. And I think that’s really helped free up that risk.”

In February, a settlement in the women’s team equal pay lawsuit was announced, with the USSF agreeing to pay $22 million to the players, with an additional $2 million put into a fund that could be applied to players’ endeavors after their playing careers. That deal was contingent on a new CBA being agreed with the women, which would include a solution on World Cup bonuses. With that goal now achieved, the settlement can be finalized. 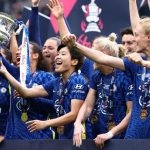 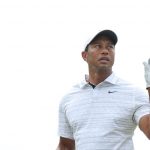