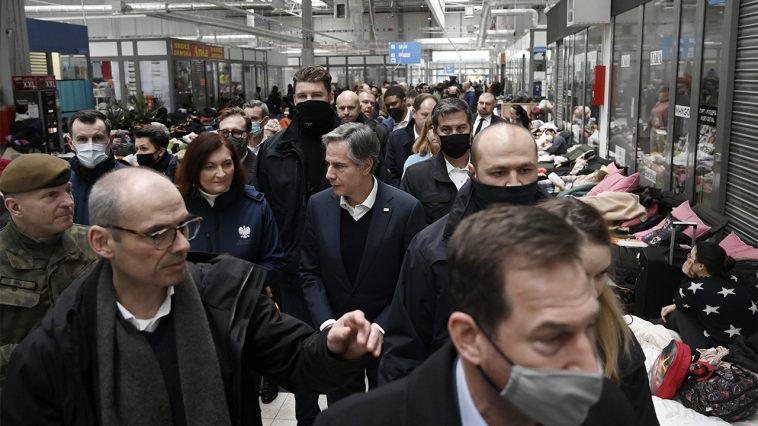 U.S. Secretary of State Antony Blinken told China Foreign Minister Wang Yi Saturday that the “world is watching” how his and other nations respond to the Russian invasion of Ukraine.

The call was convened to discuss what the State Department called “Moscow’s premeditated, unprovoked, and unjustified war against Ukraine.”

“The Secretary noted the world is watching to see which nations stand up for the basic principles of freedom, self-determination and sovereignty,” State Department spokesman Ned Price said in a statement.

Blinken “underscored that the world is acting in unison to repudiate and respond to the Russian aggression, ensuring that Moscow will pay a high price,” Price continued.

Blinken on Saturday also spoke with Polish Foreign Minister Zbigniew Rau on the countries’ collaboration to help their mutual ally Ukraine. And the secretary toured a refugee facility in Poland.

A senior defense official on Thursday criticized China’s silence on war in Ukraine by Russian forces after more than a week of deadly missile strikes.

Despite China’s repeated claims that it respects a state’s right to sovereignty, its government has refused to hit Russia with sanctions or condemn the incursion.

China on Wednesday abstained from voting with another 141 nations, including the U.S., to pass a United Nations General Assembly resolution that condemned Russian President Vladimir Putin’s invasion and demanded he immediately withdraw his troops.

Of the 181 nations present for the vote, only five countries – Russia, Belarus, Eritrea, North Korea and Syria – opposed the resolution while 35 nations abstained. 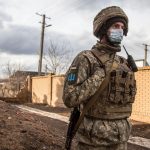 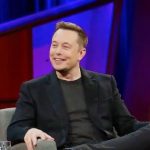