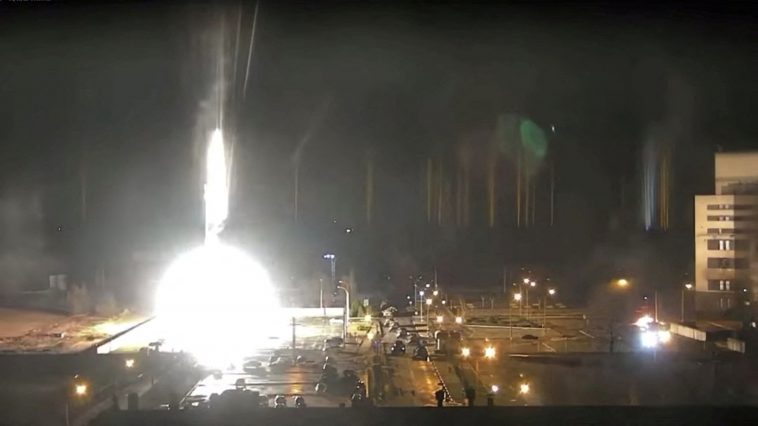 Staff at the Zaporizhzhia nuclear power plant in Enerhodar sent a message to Ukrainian media and government authorities warning that the Russian troops that took the plant are trying to lay down explosives in order to “blackmail the whole of Europe.”

“They will be trying to mine the nuclear power plant and blackmail the whole of Europe,” Zaporizhzhia nuclear power plant (ZNPP) employees wrote in the message early Friday morning as Russian troops attacked the plant, setting it on fire. Misha Gannytskyi, director general of the Ukrainian Independent Information Agency of News (UNIAN), provided Fox News this translation early Friday morning.

“Kadyrovtsy attacked the power plant,” another message reads. “Currently there is a battle between them and the National Guard of Ukraine. This is Kadyrovtsy group for sure.” UNIAN also published the message.

“Kadyrovtsy” refers to soldiers that look like the forces of Chechen President Ramzan Kadyrov, Gannytskyi said. Many Chechens are fighting in Putin’s army.

Gannytskyi told Fox News Digital that Ukrainian officials fear that the Russians “can use this fact that they control the nuclear power plant to organize pressure on Ukraine, they can use that station like a big hostage.” The workers warned “that they are putting explosive materials near the buildings of the nuclear plant to provide pressure on the Ukrainian army, people.”

“We can say that [Russian President Vladimir] Putin already launched the nuclear war,” the UNIAN director general added. “We here in Ukraine are curious: what else Putin need to do before Western countries will be ready to protect our sky?”

He noted that when Russian troops took Chernobyl last week, radiation levels increased – due to the motion of military vehicles on the ground, stirring up radiation.

CHERNOBYL, UKRAINE- APRIL 29: View of the Chernobyl Nuclear power plant three days after the explosion on April 29, 1986 in Chernobyl,Ukraine. (Photo by SHONE/GAMMA/Gamma-Rapho via Getty Images)

After the Russians attacked the nuclear plant Friday morning, Ukraine’s State Nuclear Regulatory Inspectorate reported that the fire had been extinguished as of 6:20 a.m. Russian authorities claimed that Ukrainians had attacked the plant.

“ZNPP power units remain intact, unit 1 reactor compartment auxiliary buildings have been damaged, which does not affect the safety of the unit,” the agency reported. “The systems and components important to the safety of the NPP are operational.”

“At present, no changes in the radiation situation have been registered,” the agency added. Crisis agencies are investigating the situation.

As the attack unfolded, Ukrainian authorities compared the attack to the Chernobyl nuclear disaster in 1986.

Dmytro Kuleba, Ukraine’s Minister of Foreign Affairs, warned that if Zaporizhzhia “blows up, it will be 10 times larger than Chernobyl.”

“The biggest nuclear power plant in Europe is on fire right now,” Ukrainian President Volodymyr Zelenskyy said. “For the first time ever in our history, in the history of humankind, the terrorist country has reverted to nuclear terror. Russian propaganda had warned in the past to cover the world in nuclear ash. Now this isn’t just a warning, this is real.”

Mark Savchuk, Kyiv-based coordinator of the Ukraine Volunteer Journalists Initiative (UVJI), acknowledged that there had not been a massive nuclear disaster from the Zaporizhzhia power plant. “But it’s like saying ‘ok, we haven’t destroyed the world now, but we’ll try tomorrow,'” he told Fox News Digital.

“Ukrainians don’t understand what Putin can do for the West to realize what is happening in Ukraine,” Savchuk added. “I think the West will only realize that he has to be stopped ASAP when he uses nuclear weapons.”

“Russia won’t be able to threaten anyone for a long time, because all of its army will be dead,” he quipped.

People walk past a destroyed Russian military vehicle at a frontline position on March 03, 2022 in Irpin, Ukraine. (Photo by Chris McGrath/Getty Images)

Yet Savchuk warned that, had things gone awry, the attack on Zaporizhzhia could have been “like Chernobyl 2.0.”

“Putin is insane,” he insisted. “Not ambitious and power hungry, no. China is that. No, Putin is literally insane.”

“Putin will go to the end,” Savchuk warned. “He will kill civilians, he will threaten a nuclear catastrophe, he will use nuclear weapons in the end (when he understands that he’s lost the war).”

Maryan Zablotskyy, a member of the Ukrainian parliament who got his wife and child out of Kyiv, told Fox News Digital that the Ukrainians have “many army units and at least 25,000 volunteers – ordinary citizens – armed” to defend the capital city. He noted that the “bulk” of Russian forces are “bogged down.”

“Russians have little motivation to advance and often flee when shot at,” Zablotskyy said. “Ours have families behind them and stand their ground.” 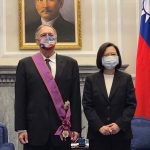 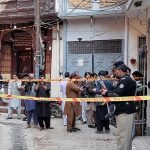