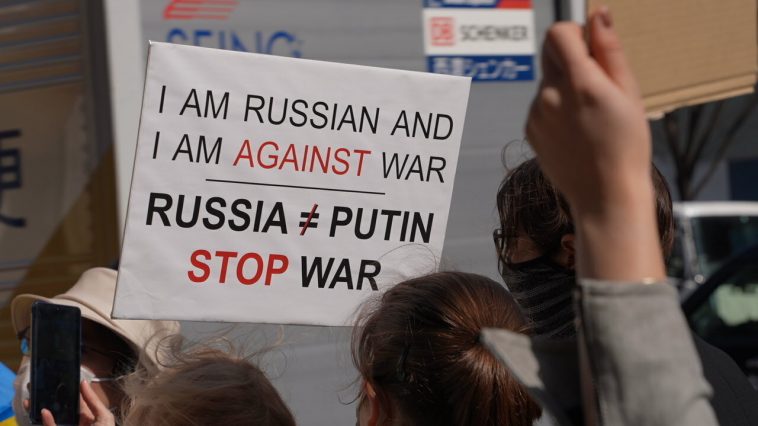 Independent and foreign journalists based in Russia are fleeing the country as Russian President Vladimir Putin cracks down on dissenting information about his invasion of Ukraine.

Alexey Kovalyav, an editor at an independent news outlet in Russia and a fellow at the World Press Institute, said he left the country in a Friday tweet.

“Never thought it’d come to this, but I did have to leave Russia, crossing the border on foot in the middle of the night, with my panic-packed bags on my back and my dog in tow,” he wrote. “Felt a massive door slam shut behind my back. Barely had enough time to call my parents. Crazy times.”

Russian journalist and screenwriter Andrew Ryvkin said he was a “Moscow-based screenwriter and journalist” a week ago, but has since become “a refugee” in a Friday tweet.

“My friends are being killed in Ukraine or are trying to flee Russia. An entire life is annulled,” he wrote.

Putin signed a new bill on Friday imposing prison sentences of up to 15 years for those spreading information that goes against the Russian government’s narrative on the war.

“Russian authorities have moved quickly to establish total censorship and control over the free flow of information since Russia invaded Ukraine on February 24,” Gulnoza Said, the Center to Project Journalists’ (CJP’s) Europe and Central Asia program coordinator, said in a Thursday statement. “The Russian public cannot be deprived of information and news and be forced to rely on the Kremlin-approved interpretation of events at this very important time in Russian history. The censorship must stop, and bans must be lifted.”

Roskomnadzor said in a statement on Feb. 24, when Russia invaded Ukraine, that the “number of cases of dissemination by the media and other information resources operating on the Internet of unverified and unreliable information has significantly increased.”

Multiple U.S. and U.K.-based news outlets have either stopped broadcasting or suspended journalists’ works in Russia. Washington Post reporter Paul Farhi said the newspaper “will remove bylines and datelines from stories produced by” its journalists based in Russia.

“Goal is to ensure staff’s safety,” he said in a Friday tweet. “Been around a while. Never seen anything like this.”

Russian authorities have repeatedly and falsely decried reports of Russian military setbacks or civilian deaths in Ukraine as “fake” news. State media outlets refer to Russia’s invasion of Ukraine as a “special military operation” rather than a war or an invasion.

Vyacheslav Volodin, the speaker of the lower house of parliament, said the measure “will force those who lied and made statements discrediting our armed forces to bear very grave punishment.”

CPJ has called for the protection of Ukrainian and international journalists covering the war.

“At this critical moment, it is crucial that all parties involved recognize that all journalists and media workers are civilians under international humanitarian law, and their rights must be respected and protected,” CPJ Executive Director Robert Mahoney said in a statement. “This also applies to protecting the facilities and equipment utilized for reporting and disseminating news.”

The center offers safety tips for journalists. Journalists in need of emergency assistance can contact emergencies@cpj.org. 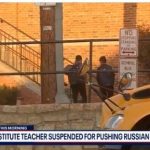