Russian forces opened fire at the largest nuclear power plant in Europe, the Zaporizhzhia plant in the city of Enerhodar, early Friday morning, starting a fire and sparking concerns of a nuclear disaster on the level of Chernobyl.

Ukraine’s nuclear authority announced later Friday morning, however, that the fire had been extinguished, the power units remained intact, and no changes in radiation had been detected. Even so, the plant had fallen into Russian hands.

Russian shelling caused a fire to break out at the Zaporizhzhia nuclear power plant (ZNPP), but Ukrainian State Emergency Service units put out the fire as of 6:20 a.m., the State Nuclear Regulatory Inspectorate reported. The agency could not provide information about the dead and injured.

Surveillance camera footage shows a flare landing at the Zaporizhzhia nuclear power plant during shelling in Enerhodar, Zaporizhia Oblast, Ukraine March 4, 2022, in this screengrab from a video obtained from social media. Zaporizhzhya NPP via YouTube/via REUTERS  THIS IMAGE HAS BEEN SUPPLIED BY A THIRD PARTY. MANDATORY CREDIT. NO RESALES. NO ARCHIVES. REFILE – ADDITIONAL CAPTION INFORMATION (Zaporizhzhya NPP via YouTube/via REUTERS  )

“ZNPP power units remain intact, unit 1 reactor compartment auxiliary buildings have been damaged, which does not affect the safety of the unit,” the agency reported. “The systems and components important to the safety of the NPP are operational.”

“At present, no changes in the radiation situation have been registered,” the agency added. Crisis agencies are investigating the situation.

The power plant has six reactors, and the agency provided an update on the status of each one. Unit one is out, while units two and three have been disconnected from the grid. Unit four is operating at 690MW power, while units five and six are being cooled down.

“Currently, the site of the Zaporizhzhia NPP is occupied by the military forces of the Russian Federation,” the agency noted.

Dmytro Kuleba, Ukraine’s Minister of Foreign Affairs, had tweeted that Russian forces were “firing from all sides” on the facility.

“Fire has already broken out,” he wrote – a claim that appears to be supported by grainy livestream video. “If it blows up, it will be 10 times larger than Chernobyl.”

“The biggest nuclear power plant in Europe is on fire right now,” he said, according to a translation of his remarks. “Russian tanks are shooting at the nuclear blocks. These are tanks equipped with thermal imagers, so they know what they are shooting at.”

He noted that the Zaporizhzhya plant has six reactors. Only one exploded at Chernobyl – devastating the region in 1986.

“For the first time ever in our history, in the history of humankind, the terrorist country has reverted to nuclear terror,” Zelenskyy added. “Russian propaganda had warned in the past to cover the world in nuclear ash. Now this isn’t just a warning, this is real.”

“Do not let Europe die in the nuclear catastrophe,” he said.

UK Prime Minister Boris Johnson has reportedly sought an emergency meeting of the United Nations Security Council in the wake of the attack. 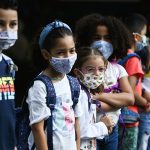 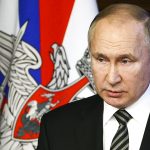