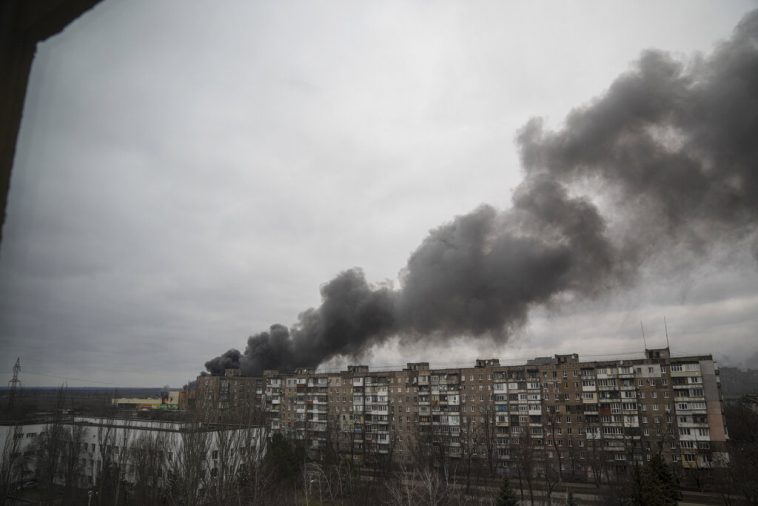 Ukrainian officials say civilian evacuations in an area of the country subject to a temporary ceasefire have stopped, after they say Russians have continued attacks despite the agreement.

Officials said the evacuation had stopped after Russians continued to open fire on the city of Mariupol, which is a port city in the southeast of the besieged country. Russian officials had previously agreed to evacuation routes out of both Mariupol, and the city of Volnovakha in the east.

“The Russian side is not holding to the ceasefire and has continued firing on Mariupol itself and on its surrounding area,” Kyrylo Tymoshenko, the deputy head of President Volodymyr Zelenskyy’s office said. “Talks with the Russian Federation are ongoing regarding setting up a ceasefire and ensuring a safe humanitarian corridor.”

Mariupol’s deputy mayor, Serhiy Orlov, told the BBC that the Russians are continuing to use bombs and artillery.

However, Russian state-aligned media claimed that the shelling did not come from Russian forces, but from Ukrainian nationalists. Outlet RIA claimed that a nationalist battalion “blew up a house in Mariupol” and claimed that Russia continued to observe the temporary ceasefire, citing the Russian Defense Ministry.

The U.K. Ministry of Defense said in a statement that it believed the Russian ceasefire was “likely an attempt to deflect international condemnation while resetting its forces for renewed offensive activity.”

“By accusing Ukraine of breaking the agreement, Russia is likely seeking to shift responsibility for current and future civilian casualties in the city,” it said.

The accusations show how fragile the ceasefire is amid a constantly accelerating humanitarian crisis in Ukraine as the war enters its 10th day. Zelenskyy, urged both Russia and its ally Belarus to help to provide those escape corridors for civilians.

“Humanitarian corridors must work today,” Zelenskyy said in video posted on Instagram. “To save people. Women, children, the elderly. To give food and medicine to those who remain.”

“Our help is already on the way,” he said. “Everyone who needs help should be able to leave.”

Outside of Ukraine, Secretary of State Antony Blinken traveled to Poland to meet with top officials there, after meeting with NATO allies in Brussels on how to tackle the crisis. NATO allies have boosted humanitarian aid and military assistance, while slapping increasingly tougher sanctions on the Russian economy.

However, it has so far ruled out establishing a no-fly zone despite pressure from Ukrainian officials to do so, amid fears it could pull NATO into a direct conflict with Russia.

“We understand the desperation, but we also believe that if we did that, would end up with something that could end in a full-fledged war in Europe involving many more countries and causing much more human suffering,” NATO Secretary Jens Stoltenberg said this week.

On Saturday, Russian President Vladimir Putin warned that he would view any no-fly zone as a participation in the conflict itself by those establishing it.

“That very second, we will view them as participants of the military conflict, and it would not matter what members they are,” he said.

Fox News’ Paul Conner and The Associated Press contributed to this report. 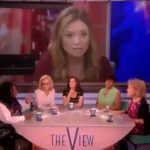 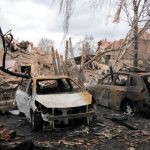