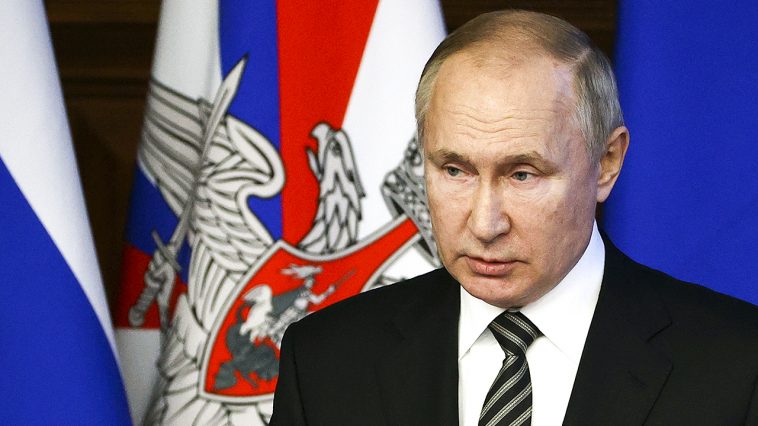 Developments this week indicate Russia is losing the information war at home, and President Vladimir Putin is not able to fully control the narrative surrounding his invasion of Ukraine.

Rebekah Koffler, a former Defense Intelligence Agency officer, told Fox News Digital that it might be a bit of a stretch to say that Russia is “clearly” losing the information war, but signs indicate there is definitely “trouble.”

“A few days ago … the official Russian censorship agency came out with a warning to all media outlets that said ‘only trustworthy sources are allowed to be used when reporting on this special military operation, and if you don’t do that we will take you off-air,’” which led to the forced closure of two independent news networks, including Dozhd TV – known in English as Rain TV.

Tikhon Dzyadko, overnight chief editor of Dozhd, wrote on Telegram on Wednesday that he was fleeing the country over fear for his life, saying it was “obvious that the personal safety of some of us is now under threat.”

The BBC also claimed Wednesday that “millions of Russians” have turned to the BBC in order to get “factual, independent information” about the war. BBC.com supposedly saw 10.7 million views on its Russian language news website – triple its year-to-date weekly average.

But Koffler added that Russia will “crack down further and possibly ban broadcasts by Western media if they haven’t already.” The BBC announced Thursday it would establish shortwave radio service in Ukraine and Russia to circumvent such issues.

IS AMERICAN RESOLVE A MATCH FOR PUTIN’S BRUTALITY AND LIES?

“I honestly think it shows a little bit of both: I think it shows firstly he is in control but also, yes, he’s losing control,” Mrachek told Fox News Digital. “In these videos being put out online of his different speeches, his demeanor is different, and his tone his more harsh – his messaging is becoming shriller and shriller.”

Putin has maintained that Russia is executing a “special military operation,” with aims to “denazify” Ukraine and to protect two breakaway regions from a “genocide.” Ukraine President Volodymyr Zelenskyy is Jewish and lost family in the Holocaust.

Protests broke out across Russia in every major city including in Moscow and St. Petersburg. Independent Russian watchdog group OVD-Info reported that authorities had arrested more than 8,000 people at these protests over the first week of the conflict. Celebrities and prominent figures in Russia have also trumpeted their opposition to the war.

Fox News correspondent Amy Kellogg reported that a Russian pollster announced it would delay publishing results on attitudes regarding the war until the “special operation” has finished, and Koffler agreed that would imply the picture within the country is that the invasion remains unpopular and the information war is not as effective.

SHOULD RUSSIAN JOURNALIST WHO QUIT STATE TV AFTER CONDEMNING UKRAINE INVASION FEAR FOR HER LIFE?

Both Russia and Ukraine have engaged in some level of disinformation, most clearly demonstrated by each side reporting enemy deaths in the thousands while failing to report their own losses. But Russia blinked and provided a hard number Wednesday when state-aligned outlet RIA reported losses of 498 troops and a further 1,597 injured.

The British Ministry of Defense reported on day two of the invasion that Russia had lost 450 troops. In an update on day eight, the British ministry said the Russian losses “will almost certainly be considerably higher” than the 498 reported by RIA.

Dan Hoffman, a Fox News contributor and former CIA station chief in Moscow, told Fox News Digital that it’s difficult to draw conclusions from abroad, but that Russia is almost certainly spinning as much as possible.

RUSSIAN JOURNALIST ESCAPES COUNTRY OUT OF FEAR FOR HIS LIFE

“The way you run information operations is, you tell a sliver of truth and lie about the rest,” Hoffman said. “Vladimir Putin knows how to do this. He is an ex-KGB agent.”

“The way you run information operations is, you tell a sliver of truth and lie about the rest. Vladimir Putin knows how to do this. He is an ex-KGB agent.”

And Putin plans to extend his ironclad grip to the rest of the country as reports continue to indicate that he will declare martial law on Friday. Some citizens have fled for the borders to escape the country before Putin can make his announcement.

Alec Luhn, a former Guardian and Telegraph correspondent who has reported from inside Russia over the past week, wrote on Twitter that he and other journalists have fled the country ahead of border closings and martial law.

“Tickets mostly sold out,” Luhn wrote. “Packed flights. Other passengers said they were afraid to be trapped in Russia, arrested or conscripted to fight a war they don’t support. Don’t know if they’ll be able to return.” 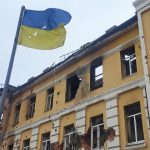