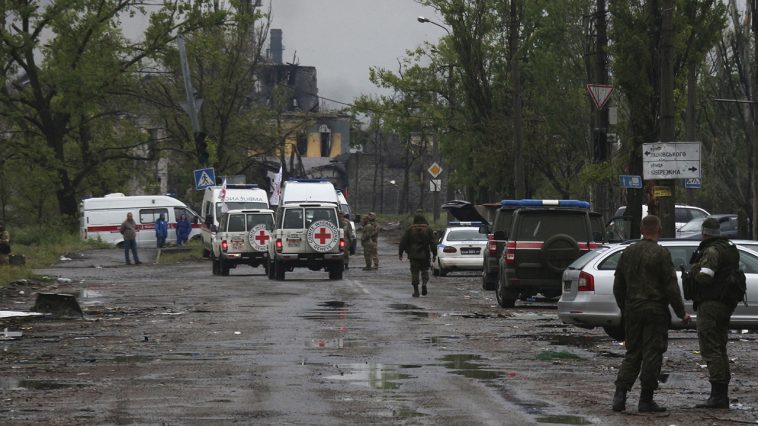 The Ukrainian soldiers who surrendered Mariupol’s Azovstal steel plant after weeks of defiance have become prisoners of war in Russian-controlled areas, the International Committee of the Red Cross confirmed this week.

The ICRC registered hundreds of the POWs, meaning the organization has personal details about each service member.

The POWs are being held in a separatist-controlled region of eastern Ukraine, the organization said.

“The registration process that the ICRC facilitated involves the individual filling out a form with personal details like name, date of birth and closest relative,” a statement from the Red Cross said Thursday. “This information allows the ICRC to track those who have been captured and help them keep in touch with their families.”

The registrations started on Tuesday, the Red Cross said, adding that the work continued through Thursday.

Red Cross staff drive by in their vehicles to the besieged Mariupol’s Azovstal steel plant to observe the evacuation of Ukrainian servicemen from Azovstal steel plant, in Mariupol, in territory under the government of the Donetsk People’s Republic, eastern Ukraine, Wednesday, May 18, 2022. (AP Photo) (AP Photo)

The Red Cross said that the 1949 Geneva Conventions mandate that the organization be given immediate access to POWs “in all places where they are held. The ICRC must be allowed to interview prisoners of war without witnesses, and the duration and frequency of these visits should not be unduly restricted.”

Russia said nearly 1,000 of the last defenders holed up inside the plant – Mariupol’s last pocket of resistance – had surrendered.

Ukraine’s military made no mention of Mariupol in its early morning briefing Thursday, saying only that Russian forces were still pressing their offensive on various sections of the front in the east, but were being successfully repelled.

Mixed reports have emerged concerning the number of Ukrainian personnel that were evacuated from the plant upon its surrender, as early estimates put the figure between a few hundred and 1,000, Ukraine’s military said. 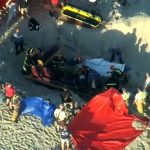 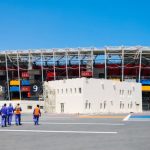